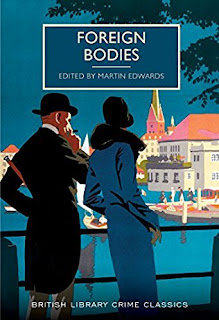 Foreign Bodies is a wonderful collection of fifteen short stories from across the globe, that have been translated into English.  It is full of surprises, beginning with the first extraordinary and very funny tale, The Swedish Match, by none other than Chekov.  This is followed by Palle Rosenkrantz’s quirky, A Sensible Course of Action, in which Russian Countess Wolkonski presents herself to the Danish police requesting their protection from her husband’s brother, and presenting them with quite a conundrum.   The third story Strange Tracks is by Hungarian writer, Balduin Groller; eccentric detective Dagobert must use his ingenuity to solve a murder which begins as ‘an ordinary matter of robbery.’ Maurice Level serves up the next ‘little tale of horrors’ in The Kennel, after which the reader is treated to a mystery by Maurice LeBlanc, which concerns Footprints in The Snow.

The Return of Lord Kingwood, by Ivans, begins when Lord Kingwood’s caretaker contacts ‘The Yard’ about a discovery he has made and does not wish discuss over the phone.  When Detective Monk arrives at Kingwood Manor, he finds that a murder has been discovered and the caretaker has disappeared.  In the next tale, The Stage Box Murder, author Paul Rosnhayn recounts a tragic story which is revealed through a series of letters sent by out of work actor, Kurt, to his wife Clara.  After this follow two stories to make the skin crawl.  First is Kogo Saburo’s The Spider (1930), in which a murderer goes to extraordinary lengths to kill a colleague.  Then, The Venom of the Tarantula by Sharadindu Bandyopadhyay, considers an unusual way of ingesting poison.  And poison remains the theme in the next story by Jean-Toussaint Samat - but don’t be fooled by the mouth-watering title, Murder A La Carte.  A grim tale follows, involving a double murder and some confusing ski tracks - The Cold Night’s Clearing by Keikichi Osaka, is not for the fainthearted.

Pierre Very offers a lighter read in his homage to Gaston Leroux, The Mystery of the Green Room, in which an aging Madame de Rouvres is burgled, and Inspector Martin must try to recover her belongings.  Up next is Kippers, which tells the story of a Caribbean voyage that ends in disaster for several of the crew whilst reserving an unusual and grisly end for one of the mariners.  In a 1957 tale, The Lipstick and the Teacup, Dutch author Havank explains how a cigarette stub and a teacup can provide sufficient evidence to convict a murderer, that is, when clever Detective Inspector Carlier is on hand.  In the final story, The Puzzle of the Broken Watch, by Mexican writer Maria Elvira Bermudez, an unfortunate worker from the local match factory, Juan Garcia, is charged with the murder of his sister-in-law.  Defence Lawyer Prado believes his client is innocent, but needs help to find the real killer.  Enter suave Armono Zozaya, whose expertise discovers several other possible suspects.  This is a classic ‘Whodunit’ with Latin American flair, and includes a wonderful riposte for anyone who has ever been chided for being lost in a novel, “So you think you can’t be busy reading a book?”

Foreign Bodies is another splendid offering from the British Library Crime Classics series.  Martin Edwards uses his in-depth knowledge of, and empathy for, early twentieth century detective fiction to lead the reader through a carefully chosen collection of cosmopolitan crime.  Mr Edwards’ introduction contextualises the stories, and he effortlessly incorporates fascinating biographical and literary detail which enhance the reading of the tales.  The editor’s understanding of this period, provides the reader with insights into the genre which are enjoyable and informative, as those familiar with his other edited collections, and his comprehensive study, The Golden Age of Murder, have come to expect.  Highly recommended.
------
Reviewer: Dorothy Marshall-Gent 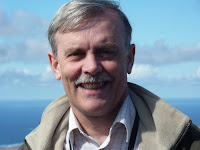