‘A Time for Role Call’ by Doug Thompson 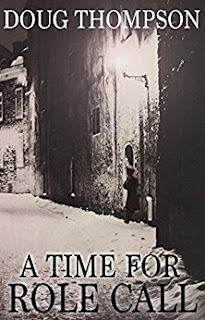 Doug Thompson has produced a fascinating story.  His protagonist is Sally Jardine-Fell who is in Holloway Prison awaiting trial for murder in 1946.  The vis Tim is an Italian in London.  Sally tells the story of her experiences in the War to her lawyers and remembers many further interesting details as she sits in her cell.

Sally went from a privileged upper-class life in London to working as a secretary in a factory in the North of England.  Her husband has been killed right at the beginning of WW2 on a reconnaissance flight over France and she feels rootless and dissatisfied.  She finds herself being tested and directed as she is recruited by Special Operations Executive and sent to Italy as a spy.  She is aiming to get close to Count Ciano, Mussolini’s Foreign Minuster.

Her adventures in Italy are amazing as she, firstly, pursues her allotted tasks and, secondly, wanders through Italy after the Germans take over in Italy.  Her memories are very clear and her stopping points in Italy and her chance met companions prove to be extremely varied.  Her fears that there are double agents operating seem to be accurate.   The story of her life as revealed to the lawyers reaches a conclusion for the trial.  It is obvious as she relates what happened to her and her own reactions that the lawyers find her free-thinking attitude hard to accept and that they will gloss over some aspects to give an impression to the Court that is more conventional.

This is a clever story which quickly engulfs the reader in Sally’s experiences as she struggles for survival in the teeth of life threatening dangers.  The tension grows as the story reaches a climax.

The knowledge of Italian history is very good which is not surprising since Doug is a former professor of Italian literature and history.
------
Reviewer: Jennifer S. Palmer 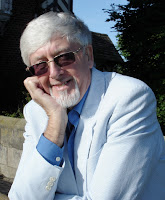 Doug Thompson former Professor of Modern Italian language, history and literature, draws on his intimate knowledge of Italy to write a lively novel with a feisty protagonist and colourful cast of supporting characters. The book will appeal to readers of historically based fiction, those with an interest in Italy especially the war years. Doug Thompson has several previous books including nonfiction about Italy.