‘The Stroke of Death’ by Jessica Mann 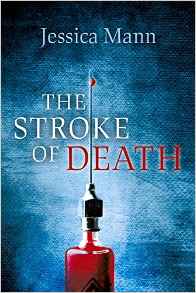 In Oregan, Dr Euan Hope is watching anti-abortion protestors outside his clinic, when he gets a call from England to say his father is dying. Tamara Hoyland Hope finds it hard to like her brother-in-law, but with her husband away, she has to work with him over funeral arrangements. Then a detective comes to the after-funeral gathering to ask for a post-mortem

Although there are many plot strands giving different views on treatment of the terminally ill, the main plot concerns the unexpected death of Dr Hope senior, and Tamara’s gradually awakening suspicions, especially when there’s another death; however the plot unfolds without much official investigation, and it’s only by chance that Tamara finds those responsible. Tamara’s mother is now in the final stages of dementia, unable to recognise her family. A second strand is the story of Davy, a rugby player who’s been injured, and suffers from ‘locked-in’ syndrome. Another plot-line follows elegant, authoritative Professor Dame Thea Caldwell , Tamara’s archaeological inspiration, who has just learned of her terminal cancer diagnosis. Finally, there’s a first-person narrator who, we learn, is an agency nurse who enjoys mercy killing. Moving from strand to strand, the reader is shown different views of the questions about how we all feel about ageing badly, and instead of the conventional ending, there are questions. The novel is perhaps biased towards the hardest cases – the paraplegic boy, the raped special needs girl looking for an abortion – but also shows the intelligent Thea considering her decision.

An interesting novel centring around the issues to do with euthanasia.
------
Reviewer: Marsali Taylor 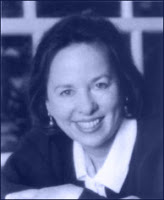 Jessica Mann was born in London in 1937. She went to school in London, and then took degrees in Archaeology at Cambridge, and in Law at Leicester University. She is novelist, journalist, broadcaster and author of non-fiction. Jessica has been a Planning Inspector, chaired public committees, been involved with the NHS and been responsible for protecting water customers. But she always wanted to be a writer, ever since she learnt to read. After living in Edinburgh for ten years and for three in Leicester she moved with her husband, the archaeologist Professor Charles Thomas, to Cornwall, where she still lives. Jessica has written 21 books so far. She has two sons, two daughters and 11 grandchildren. 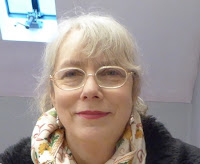