‘A Killer Ball at Honeychurch Hall’ by Hannah Dennison 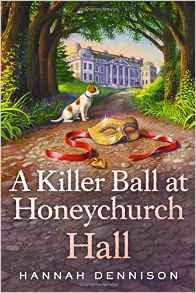 Antique dealer Kat Stanford is summoned to Honeychurch Hall by Rupert 15th Earl of Grenville, to value a painting to sell to repair the Elizabethan ceiling in the Tudor wing.  But proceedings are halted by the Dowager Countess Lady Edith who says the painting is of one of their ancestors who saved the Hall from being razed to the ground in the English Civil War. Show her the Hollar drawings, she says. They might do. End of discussion.

Removing the Hollar drawings from the wall revealed a secret recess which in turn revealed the remains of a woman and some coin-minting tools, but no coins.

The body is dated ca 1950’s, a period when Kat’s mother Iris’s was frequently at the Hall and, it transpires knew the victim. Iris has a somewhat murky background: she claimes to her daughter, to have been adopted by a travelling fairground and spent her life on the road. Kat’s father remains a mystery.  Also currently out of prison and acting as groom to the Honeychurch Hall horses is Alfred, Iris’s stepbrother.

Investigating the murder is Detective Inspector Shawn Cropper. It would appear that the victim left, or as we now surmise,  went missing during a ball at the summer fair at Honeychurch Hall in 1958.  Many of the attendees of the ball are still around and are augmented by lothario Bryan Laney, who was a beau of Iris’s, (although he did not restrict his ardour to her), and before long Shawn Cropper has more suspects than he can shake a stick at.

This is a marvellously intriguing village mystery. A large cast of fascinating characters, some terrific lines, and many surprises.  Most highly recommended.
------
Reviewer: Lizzie Sirett 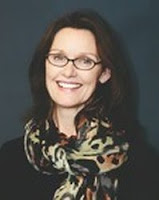