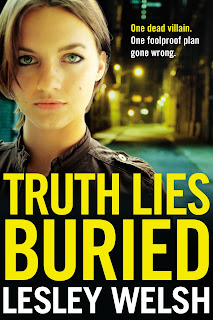 Sam Riley, ex-army and night club bouncer, takes a job as a bodyguard for Monica, the young glamourous wife of Essex gangster Benny Cohen, and son Brando.  Sam falls heavily for Monica’s charms and as the story opens, Sam along with old mate Joe Murphy, is burying Benny’s corpse.

But Sam floating along on a dream of a life in the sunshine with Monica is swiftly brought down to earth when it transpires that Monica has a different dream, and it doesn’t include Sam.

The twists and turns of the plot move at a terrific speed, hardly had I got my head round one development than it was shattered by another. Even before the funeral the Essex villains were pestering Monica with offers to take over the various aspects of Benny’s business.  But is it Monica’s to sell?

Continually overlooked is eleven-year-old Brando whose care falls to Sam as Monica pursues her own agenda.  But being overlooked can have its advantages as Sam discovers when Brando shares one or two nuggets of information.

This book is rich in characters, Gloria the housekeeper, Big Jim Carver and his rival for Benny’s empire Gerald Fowley.  And the late Benny’s lawyer, Richard Bloom, who drops a bombshell on Sam.

The plot is complex and convoluted as are the relationships which come to light as the story unfolds and the bodies start to mount up. Attempting to find the killer or killers is Detective Inspector Wendy Morrison and Detective Sergeant Trevor Jones.

There is much I could say about this book but I hesitate to give away any of the many surprises that keep turning the story on its head.  I liked Sam and hope that this is the start of a series.  The story moves along at a cracking pace and I heartily recommend it.  Clever title!
------
Reviewer: Lizzie Sirett 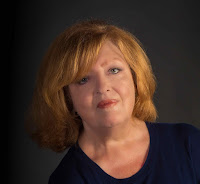 Lesley Welsh was born in Strawberry Field children’s home and raised on a notorious Liverpool council estate. Later she moved to London, where she studied English and drama and worked as a freelance writer specialising in alternative lifestyles. Her articles appeared in Cosmopolitan, Marie Claire, Red, Bite, Forum, Time Out and many others before she established Moondance Media, a magazine publishing company. Her dark and compelling short story Mrs Webster’s Obsession was turned into a film. She now lives and works in Spain.