‘The Will’ by Jane Mann 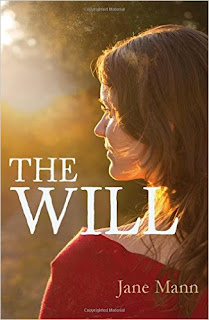 Hannah Delaney has been living and working in Hong Kong with her ambitious career-driven partner Richard for some time when she receives a letter from her father which makes her uneasy. For one thing, it is typed not handwritten and the general tone is far from the affectionate, newsy communications she is used to. And the letter tells Hannah that her father’s housekeeper, Emma Mason, has left. This is particularly alarming for Hannah as Emma had been devoted to her father and when she telephones she speaks to a woman, Olga Slade, apparently Emma’s replacement, who is sharp and unfriendly. Despite Richard’s protests Hannah returns immediately to her family home Yadrahna (the Indian-origin name meaning ‘a place to be remembered’), a place she had always loved and which her father had promised to leave to her in his will rather than to her older step-brother Hugo who would get his father’s considerable investments. But on Hannah’s return she finds that her father had been ill with cancer and had died a few days before. Hannah had not been told either of his illness or his death. Then she finds that, despite her father’s intentions, Yadrahna has actually been left to Hugo as well as the investments; Hannah will get virtually nothing. Moreover letters that her father had written to her had never been posted and letters she had written to him were unopened. Hannah becomes more and more convinced that her father’s death and the terms of the will are connected but when she consults a local solicitor he tells her that the will appears to be valid and her father’s disposition must stand unless she can establish that undue influence was exercised. But if there was undue influence, how can Hannah prove it?

Her determination to find out what had happened, and also to solve the death of her mother in a horrific car crash some years before leads Hannah into considerable danger. Nor is Richard, who has arrived briefly in England, supportive. Hannah’s only help is Luke, the handsome young man who is working as a gardener at Yadrahna while completing a qualification in environmental studies; although at first suspicious of Hannah, he becomes involved in Hannah’s search for the truth and eventually rather more than a friendly co-investigator.

This is a very gentle mystery with an attractive country setting and will appeal to those who like their crime to have a hefty dollop of romance.
------
Reviewer: Radmila May