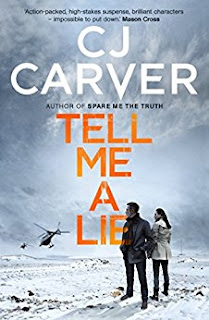 Dan Forrester’s boss, his former colleague in MI5, tells Dan he has to go to Russia at the request of a sleeper Agent in Moscow, with reference to their shared past, Dan is incredulous. As his boss is aware that since the death of his young son, Dan has had amnesia. He has no memory of former events and no idea who, if anyone, he can trust.

A shooting at a large county house, the home of the Calder family. The death toll, mother and children Felix, Sofia, Jessica and little Tasha. The only family member left alive - the father, Adrian Calder.  He says he didn’t do it.

Called to investigate the shooting is PC Lucy Davies who has her own demons that can break out at any time even in her work place if not tightly controlled.

From the first page I was gripped by these three seemingly unrelated incidents. Did they tie together? How do they tie together? While Lucy ferrets away trying to solve the massacre of an entire family, Dan’s trip to Russia goes badly and he is on the run with a wounded passenger, with no contacts and nowhere to hide.

Utterly gripping the story moves along at a cracking pace with many twists and turns. There are some brutal scenes that had me gasping in horror.  C J Carver is the master of complex plots.  As the several threads began to knit together I found myself rapidly turning the pages as the tension mounted and the story hurtled towards a heart-stopping climax.

Action packed, with brilliantly drawn characters, to say this book is ‘highly recommended’ is inadequate ‘must read’ is a nearer the mark.
------
Reviewer: Lizzie Sirett