‘The Last Thing I Remember’ by Deborah Bee 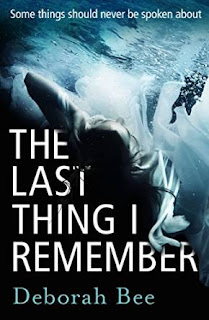 Whilst you spend the whole of The Last Thing I Remember wondering who had killed Sarah’s husband and left Sarah in a coma, a major part of this intriguing book is, to my mind, actually about the relationship between Sarah and Kelly. Over the course of an engaging dual narrative that alternates between Sarah and Kelly, the two of them take it in turns to speak, think, and dream.

Sarah was a beautiful and successful career woman before she was mugged. She cannot speak out loud, but she can hear and differentiate between voices. The speech of the doctors and nurses, and of her parents and her sister, together with their alarming future plans for her, is reported along with her comments on her situation.

Kelly is fourteen, half Sarah’s age.  She and her mother live next door to Sarah and the two of them have become friends. Kelly recounts the horrible behaviour of her schoolmates and the sometimes-embarrassing behaviour of her Irish mother who insists on behaving in what she considers to be an “appropriate manner”.

Gradually as we build up a picture of Sarah and Kelly’s backgrounds, we come to appreciate how much the two of them have in common, and how much they have come to rely on each other for comfort and mutual support.

Deborah Bee studied fashion journalism at Central St martins. She has worked at various magazines and newspapers including Vogue, Cosmopolitan, the Times and the Guardian as a writer, a fashion editor and later an editor. Currently, she is a Creative Director in luxury detail. 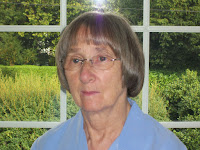