‘Hand of God’ by Philip Kerr 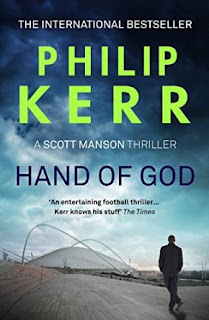 Hand of God is the second in a series with featuring main protagonist Scott Manson. He is acting manager of Premier League football club, London City. Manson is back after his appearance in Kerr's previous novel, 'January Window', in which he investigated the murder of his predecessor at City.

London City are due to play an away match against Olympiakos in Athens. But before they fly out to Greece, the team is on a downer, following defeat in its first fixture in the Premiership by newly promoted Leicester City and hostility between certain players. On arrival in Athens the team finds itself beleaguered with tensions, both racial and religious. Plus and the players are met with hostility from the fanatical Olympiacos fans.

In the opening minutes of the match the team’s star striker collapses and dies.A prostitute who was seen entering the player's room the evening before the match, is found dead, drowned in the harbor.

The whole team is detained in Athens, unable to return to London before various investigations can be completed. The police seem to be getting nowhere, beleaguered by strikes and industrial action being taken by the Greek authorities. And so, Manson has to find the answers before he and his squad can get back home.

The setting of this novel is Greece and their financial problems play a big part in the backdrop of this book, Kerr has a few digs the UEFA and there is even a bit of FIFA corruption thrown in for good measure.

This is a fast paced book, a page-turner. If I were interested in football I would have enjoyed it immensely. If you love crime stories and are a football fan you will enjoy Hand of God
------
Reviewer: Sue Lord 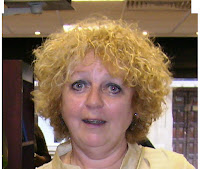