‘Kill Me Again’ by Rachel Abbott 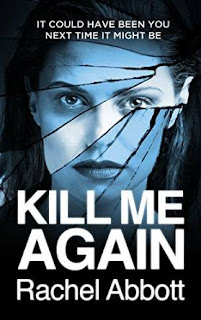 Maggie Taylor, a defence lawyer, is thrilled to have secured a position with a top Manchester firm.  Now moved from Suffolk to Manchester, the family, her husband Duncan, and children Josh 8 and Lily 5, are settled. Duncan who works as a plumber has taken on the role of house husband.
Then Duncan disappears.

DCI Tom Douglas becomes worried when he receives a call from Ellie Saunders, the sister of his ex-girlfriend Leo, who says that Leo failed to turn up for an important family event, and she has been unable to contact her. Tom decides to call round to Leo’s apartment to check that she is OK. But no one has seen her for a few days, and her car is still in its usual space. Tom can only draw one conclusion: Leo is missing.

The discovery of a female body under a bridge down by the canal brings to mind two female killing twelve years ago – never solved.  Tom had been a constable at the time reporting to DCI Victor Elliot, who liked things done only one way – his way, and was not interested in his team showing initiative in case it reflected badly on him.  Both bodies had similar markings inflicted after death, and now twelve years on Tom is looking at a body with the same markings.

Tom Douglas is desperate to locate Leo. Aware that twelve years ago there were two female killings. With these same markings, and he is terrified that Leo could be next..

Maggie is receiving threatening phone calls but is too scared to go to the police until Duncan comes home, but as the days pass she begins to realise not only that Duncan is not coming home, but how little she knows her husband. Should she trust him,  can she trust him, or will she be the next woman ‘to die’.

This is a chilling story with many twists along the way and an explosive ending. Highly recommended.
------
Reviewer: Lizzie Hayes 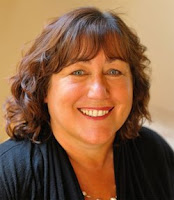 Rachel Abbott was born just outside Manchester, England.
She became a systems analyst at the age of 21 in the early 1970s, and formed her own software company in the mid 1980s designing computer programmes for education.   The company expanded into all forms of interactive media and became extremely successful. The sale of the company in 2000 enabled her to take early retirement and fulfil one of her lifelong ambitions - to buy and restore a property in Italy.  Once there she completely restored a ruined monastery and started a second successful business renting it out for weddings and conferences.
In 2010 she embarked on her third career and wrote her first book
Only the Innocent.