‘A Stranger’s House’ by Clare Chase 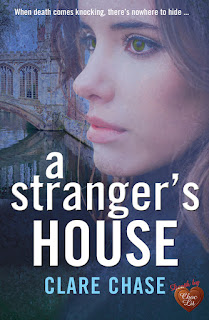 Following the breakdown of her relationship with Luke, Ruby Fawcett needs to get away but has nowhere to go. Her friend Steph recommends Ruby to her cousin Nate Bastable who has a house-sitting business. Despite some rather restrictive instructions from the owner Damien Newbold, Ruby thinks that River House in Cambridge could be the solution to her housing problem, and give her time to get her head together over Luke’s betrayal.

Initially it all seems relatively straight forward, but a couple of odd incidents unnerve her particularly the appearance of an irate girl-friend. She dutifully reports these occurrences to Nate.  As the days pass Ruby begins to form a picture of Damien and it’s not a favourable one.  Conversation with the neighbours confirms her suspicions that Damien Newbold is controlling, manipulative, and not a nice person. Clearly someone else has also comes to that conclusion as Damien is found murdered.

Until the legalities of his inheritance go through, The new owner asks Ruby to stay on look after the house. Feeling responsible for her plight Nate moves in to, but when Ruby decides to do a bit of investigating, Nate a former PI is not happy.

A good mystery with some sexual attraction between the main protagonists – will they – won’t they?
Recommended
------
Reviewer: Lizzie Hayes 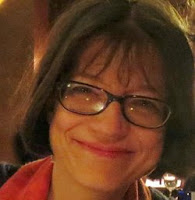 Clare Chase writes fast-paced romantic mysteries, using London and Cambridge as settings. Her influences include JD Robb, Janet Evanovich, Mary Stewart and Sue Grafton. Brought up in the Midlands, she went on to read English at London University, then worked in book and author promotion in venues as diverse as schools, pubs and prisons. More recently she’s exercised her creative writing muscles in the world of PR, and also worked for the University of Cambridge. Her current day job is at the Royal Society of Chemistry.
Her writing is inspired by what makes people tick, and how strong emotions can occasionally turn everyday incidents into the stuff of crime novels. It would be impossible not to mix these topics with romance and relationships; they’re central to life and drive all forms of drama.
When she’s not reading or writing, Clare enjoys drawing, cooking and trips to the Lake District. Closer to home she loves wandering round the pubs, restaurants and galleries of Cambridge where she lives with her husband and two teenage daughters.