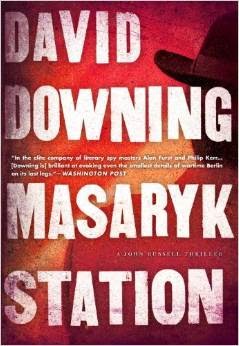 With this, the sixth novel in the John Russell series, David Downing brings to a finale the chronicle covering the years between the World Wars, those following the collapse of Nazi Germany.  It has been quite a journey, with Russell having served as a double agent for boththe Soviets and Americans, certainly as dangerous as an existence can be.  Each of the novels reflected the times and the clashes of the ideological differences between the two countries.

In the final book, the story of a divided Germany and Berlin is recounted, ending with the seeds that were sown in the fall of the Soviet Empire.  At the same time, the personal conflicts that beset Russell and others who at first embraced and then questioned socialism are explored and analyzed.

Each entry in the series was well-crafted to not only tell a gripping story of our times, but to call to mind the era as portrayed by real-life characters.  It has been an excellently told saga.  The author's next book, Jack of Spies, the first in a new series moving back in time to World War I, is due out from Soho Crime in May. 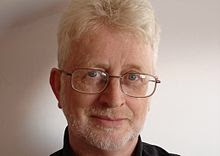 David Downing is a contemporary British author of mystery novels and nonfiction. He is known for his "convincing" depiction of World War II and Berlin probably due to his studies and familiarity with the subject. He has written a series of espionage thrillers, based around Anglo-American character John Russell exploring Germany in the 1940s. They are known as "The Station Series" because they are all named after train stations, mostly in Berlin. It concluded in June 2013 after six novels with Masaryk Station.
His contributions to the studies of World War II history have appeared in both historical nonfiction and fictional thrillers. His studies mainly examine the events that decided "the fate of Germany and Japan" toward the end of the war. He has also been known to write under the pseudonym David Monnery and also wrote An Atlas of Territorial and Border Disputes (1980, New English Library, In the 1970s, Downing contributed to the music magazine and published a study of utopian and science fiction explorations of the future in music, Future Rock, analysing the work of Bob Dylan, David Bowie, Pink Floyd and others.