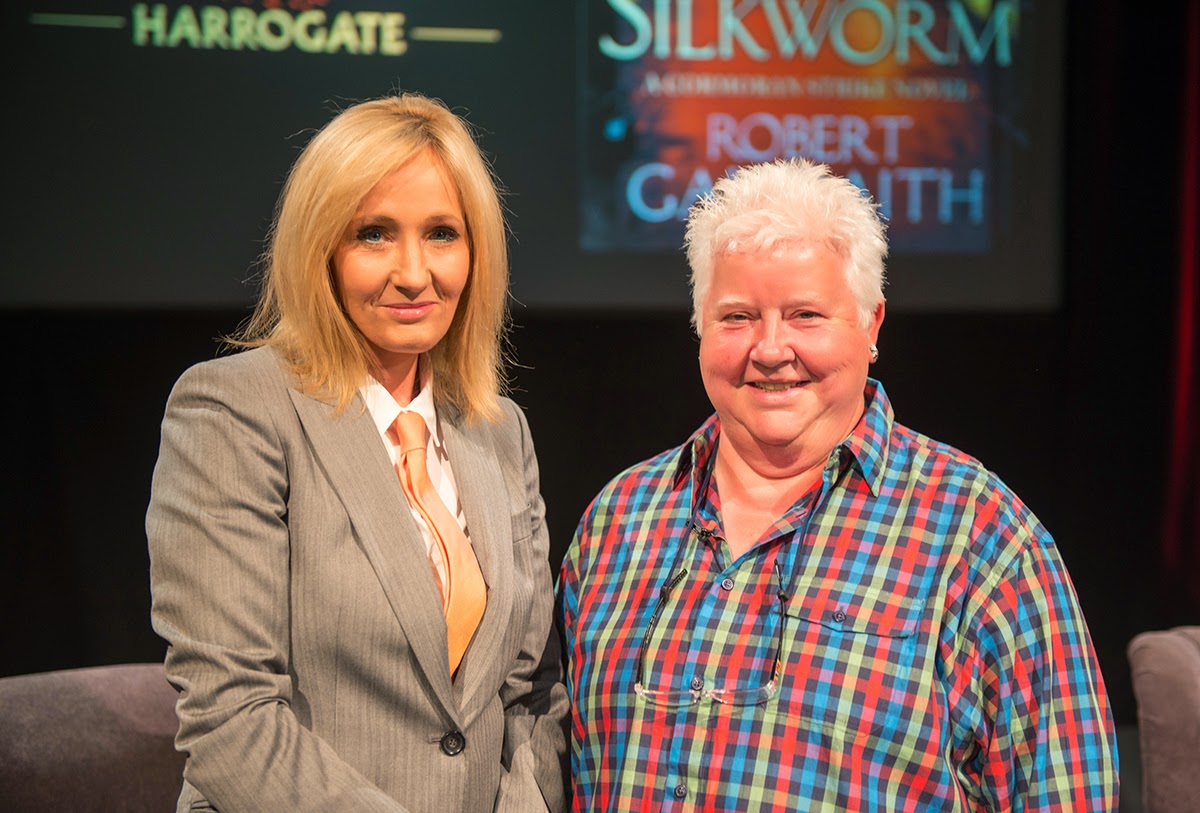 J.K. Rowling writing as Robert Galbraith appeared exclusively at the Theakstons Old Peculier Crime Writing Festival tonight at 7.30pm (18 July) in Harrogate, in conversation with fellow crime writer, Val McDermid.
The event marked J.K. Rowling’s first and only UK appearance this year as Robert Galbraith.  It was the fastest selling event in Harrogate International Festival’s 50-year history with a sell-out 978-strong audience.  Demand for tickets came from all over the world and sold out in just 90 minutes with some fans camping overnight for tickets.  A live streaming room was created at the Festival’s hotel partner, the Old Swan Hotel, to accommodate the unprecedented demand. 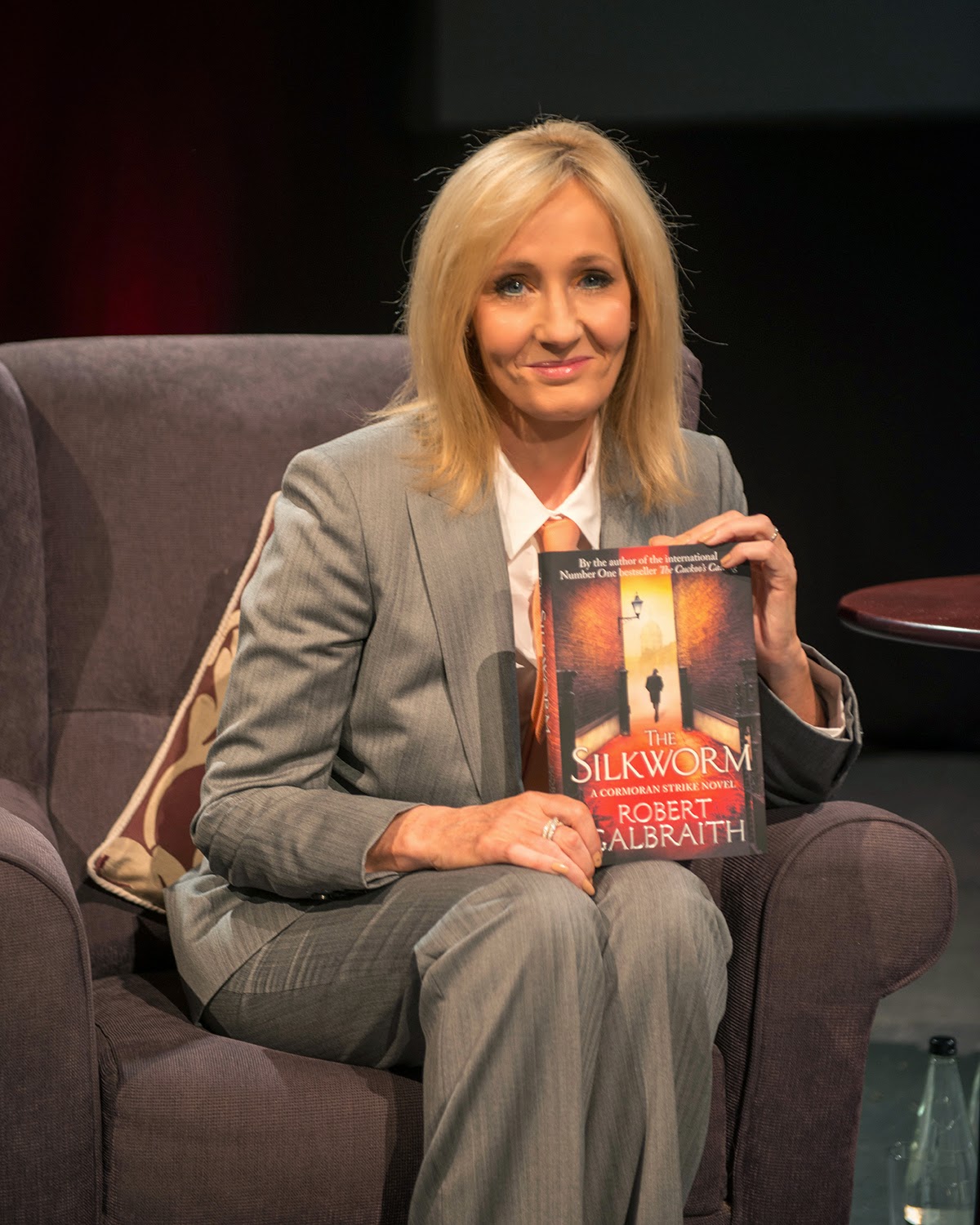 Rowling was on stage to talk about her second crime novel - The Silkworm - featuring the compelling detective, Cormoran Strike. Published last month, the book went straight to the top of the Sunday Times bestseller list and has received huge critical acclaim.  Val McDermid previously said of the first book, before the true identity of Robert Galbraith was revealed, “The Cuckoo's Calling reminds me why I fell in love with crime fiction in the first place.”
J.K. Rowling said: “I'm thrilled to have appeared at the Theakstons Old Peculier Crime Writing Festival for many reasons, foremost of which is to have shared a stage with a true master of the genre, Val McDermid.  It is a particularly fitting venue for Robert's first appearance because part of The Silkworm is set in Harrogate and its environs.”
The Theakstons Old Peculier Crime Writing Festival, which was established in 2003 by Val McDermid and Harrogate International Festivals, has grown into the world’s biggest celebration of the crime genre.  It is ranked as one of the top three literary festivals in the UK by The Guardian, and featured in The Independent’s ‘The 50 Best Festivals’.
Val McDermid said: “It's always been part of our aim at the festival to bring new writers to the attention of the reading public -- even when they turn out to be not quite as new as we thought! It was a real treat to share the stage with Jo and I think the audience enjoyed the experience as much as I did.”
Simon Theakston, Executive Director of T&R Theakston, said: “It is a mark of the dedication and hard work of the Harrogate International Festivals and the constant support of several world renowned authors including Val McDermid and Mark Billingham that our crime writing festival has reached the status sufficient to attract world renowned authors such as J.K. Rowling/Robert Galbraith. We remain delighted to be the headline sponsor of the festival and to be associated with its growing success.”
Other Special Guests at the Festival include Lynda La Plante, Ann Cleeves, Mark Billingham, Sophie Hannah, SJ Watson, Belinda Bauer, Laura Lippman, John Harvey, Peter May and Denise Mina.
Posted by Lizzie at 22:57