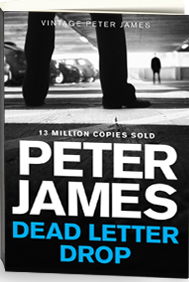 
I came out of the first chapter quite breathless as the hero should have been!  This is a fast moving spy story beginning in New York with our hero pursued by men trying to kill him but he doesn't know why.  Luckily he is a resourceful agent and escapes his pursuers.  Max Flynn Is an MI5 operative who comes into possession of a mysterious computer stick.  In the light of present day computers, IPads and IPhones the computer searches used here are clumsy and long-winded!  This is a reissue of Peter James's first book, originally published in 1981, and it really has the atmosphere of that era.  One thinks of James Bond or Modesty Blaise as Max continually wriggles out of impossible situations with bullets falling like confetti around him.    The attempt to decode the significance of the numbers on the stick while evading various opponents is extremely interesting.  He eventually succeeds in deciding the information but he still doesn't really understand the significance of his discovery and why so many people are trying to kill him.  He has been used by his boss as a investigator for traitors within his organisation.  He realises that he must have found a mole whose supporters are endeavouring to kill him.


This is a fun reminder of the 1980s and our preoccupations then.  The story is really gripping as Max twists and turns to elude his pursuers while cogitating about the situation to decide who is the real mole.
------
Reviewer: Jennifer S. Palmer
Peter James has the best selling Detective Superintendant Roy Grace series of 10 novels and has written a number of other books. 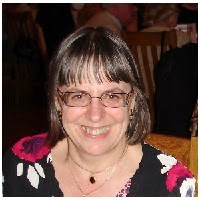