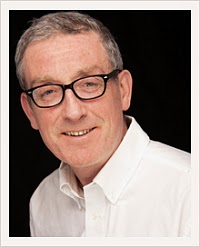 Mark Roberts was born and raised in Liverpool and educated at
St. Francis Xavier's College.
He was a teacher for twenty years and for the last ten years has worked as a
special school teacher.
He received a Manchester Evening News Theatre Award
for best new play of the year.
Roberts announces himself as a genuinely innovative crime writer
with a taste for the macabre and unexpected.

Leigh:   You have been a school teacher for many years.  Do you think this has influenced your writing?
Mark:   All my experiences, including teaching, have influenced my writing.  I can definitely say in the case of writing ‘What She Saw’, my time in education came in to great effect.  There is great deal in the book about children and how children function and when I am asked how long it took to write ‘What She Saw’, I say one year at my desk and thirty odd years in education.  I spent twenty years in mainstream and have worked for the last twelve years with teenagers with severe learning difficulties.


Leigh: You received a Manchester Evening News Award for best new play of the year.  What made you decide to move from plays to novels?
Mark: When I was writing for theatre, I was also writing novels for children and had three published between 2001 and 2005.  As a novelist it’s me and the blank page and I like that simplicity.

Leigh: How did your experience of writing for theatre influence your novel writing?
Mark: Writing for theatre (and TV) helped to train my ear for dialogue so I’m grateful for that.  The subject matter for all my plays involved crime so I guess this was a learning curve.

Leigh: Have you always wanted to write crime novels?
Mark: Crime novels have always been my favourite form of writing and my experiences prior to becoming an ‘adult’ crime novelist all lead to this place.

Leigh: You wrote on your website that ‘If you want to write a frightening book, write about things that frighten you.  I was afraid back then.  And I still am now.’  Do you think it’s a prerequisite for a crime writer to be a fearful person?
Mark: I was referring to my childhood response to the Manson killings.  Yes, what the Manson Family did still frightens me now.  I keyed into this childhood experience for ‘The Sixth Soul’ which deals with pregnant women as victims (like Sharon Tate).  The only people who don’t experience fear are psychopaths.  All human beings must experience and react to fear as a means of surviving in the chaos of evolution.  I think crime writers should be in touch and reflect more deeply on their own personal fears if they’re going to give credible emotional accounts of extreme human behaviour,

Leigh: Do you read crime novels?  If so can you mention a few authors you admire?
Mark: I like Thomas Harris, Veronica Stallwood, Val McDermid, Mark Billingham.  To be honest with you I could fill up the entire issue with a list of writers I like.  This is just a small sample that I hope reflects the range of my favourite writers.  I love the classic groundbreaking writers like Poe and Dostoyevsky.  I read outside of crime also and am a constant reader.  I like Beckett, Shakespeare and am currently reading ‘What I talk about when I’m talking about running’ by a Japanese writer called Haruki Murakami.  It’s a reflection on writing and running

Leigh: When you’re not writing, what are your favourite pastimes?
Mark: I go running most days and have done since I was 7 years old.  I’m now 53.  I like listening to Jazz (Miles, Louis, Mingus, Coleman, I could go on.)  I’ve got a picture of Captain Beefheart on my study wall but I can’t listen to music when writing.  I like cooking, gardening and am a huge supporter of Everton FC.  My wife Linda and daughter Eleanor are reds.

Leigh:   For a school teacher, life is very structured, with a timetable and set timings.  Are you similarly organised in your writing, following  a strict routine.
Mark:   I have to bend with the demands of family and work of course but, yes I work every day in the evening, every day in the holidays and weekends.  My average working day (including the day job) is 12-14 hours long.

Leigh: Do you plan your novels?
Mark: Only as far as the edge of the mist I’m walking through with a torch in my hand.  When I finish a novel I reflect on what I’ve done.

Leigh: Tell us what you are working on at the moment?
Mark: I’ve got half of DCI Rosen’s third on ice (The Sixth Soul and What She Saw being numbers one and two).  I’m currently working on the first of a new series set in Liverpool and headed up by a female DCI called Eve Clay. The first book is called Red Cloud Rising 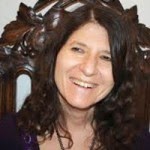 Leigh Russell  is the author of eight books, Cut Short, Road Closed, Dead End, Death Bed,  Stop Dead, and Fatal Act in the Geraldine Steel series. Cold Sacrifice is the first in a spin off series featuring Ian Peterson and the second, Race to Death, is out in 2014. Cut Short was shortlisted for the CWA New Blood Dagger Award for Best First Novel, and Stop Dead was a Finalist for The People's Book Prize.  Leigh studied at the University of Kent gaining a Masters degree in English and American literature. Formerly a secondary school English teacher, she now writes full-time. The Geraldine Steel series and Ian Peterson spin off series have been optioned by Avalon Television Ltd to be made into a TV series. Leigh Russell is married with two daughters and lives in Middlesex.