‘Then We Die’ by James Craig 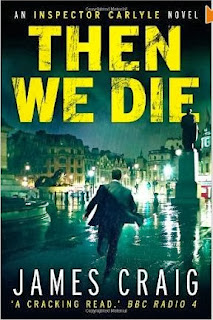 On his annual mother-and-son outing at the Ritz hotel in London, Lorna Gordon (she had never abandoned her maiden name), drops onto her son the news that after 50 years of marriage to Alexander Carlyle they are getting divorced.  Wanting to be anywhere but discussing his father with his mother, DI John Carlyle, looks for a way out from having such a conversation, and scanning the room spots what he believes to be a gang of thieves, known to be operating in London hotels, and springs into action.  Unfortunately, his vigilance and subsequent actions have catastrophic consequences, resulting in the death of a colleague.

Although told that the matter is being handled by others, John is determined to bring to the killer to justice.   His investigations lead him and others into danger, and set off a chain of circumstances that produce so many corpses that I lost count!  It seems that the streets of London were strewn with dead bodies.

Identifying the assassins as a group of ruthless Israelis does not in anyway deter John. It seems that mass killing is better than thinking about his parents impending divorce.

I have enjoyed all the book in this series and this was no exception, although the high body count did mean a suspension of belief.  But it’s a great yarn. I particularly enjoyed the episode with the Israeli Ambassador to London, but suspect it would have caused a major diplomatic incident. 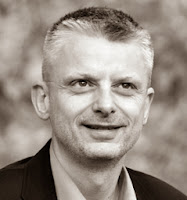 James Craig was born in Scotland, but has lived and worked in London for thirty years. He worked as a journalist for ten years and as a TV producer for five. He lives in Covent Garden with his wife and daughter.
His earlier books are London Calling, Never Apologise, Never Explain, Buckingham Palace Blues and The Circle