‘Murder on a Summer’s Day’ by Frances Brody 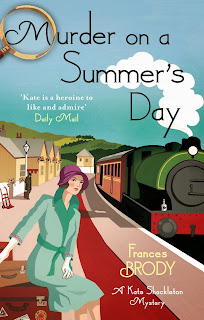 Kate Shackleton is summoned at an early hour by an urgent telephone call, requesting her assistance in finding a missing person. There is nothing strange in that. Since her husband went Missing in Action towards the end of the First World War, Kate has made it her business to hunt for missing people. In fact it has literally become her business and she now works as a Private Investigator, assisted by Jim Sykes, a former police officer, and by her housekeeper, the redoubtable Mrs Sugden. However, this summons is different to Kate's usual cases. She is being employed by the British Government to find an Indian Prince, who has disappeared whilst hunting on the immense, Yorkshire estates of the Duke of Devonshire, the Colonial Secretary. Even if Prince Narayan Halkwaer has met with an unfortunate accident, the political repercussions could be immense. It is swiftly obvious that the India Office, in the person of her cousin, James, are not employing Kate simply because of her efficiency and discretion but also because they hope she will be able to deal with the prince's mistress, the beautiful, working class, Lydia Metcalfe, daughter of a local, Yorkshire farmer, whom Narayan had met when she was a dancer at the Folies Bergere. Lydia has accompanied Narayan to Yorkshire, and, as she is not accepted by the aristocratic families who would usually entertain the prince, they are staying at a local hotel. Narayan already has a high-born Indian wife and three children, but, in his religion, he can have more than one wife and has announced his intention of marrying Lydia.

On the Duke's estate an efficient search is already in progress, but the first body discovered is not that of Narayan. It is that of a young groom who had accompanied Narayan on an earlier hunt. On this previous occasion Narayan had shot a white doe and some superstitious villagers feel that this is divine retribution.

When Kate finds Narayan, lying in woodland, shot through the heart, she sees many signs that his body has been placed there, after the search-party had moved on and that this is not where he died. Kate was a nurse in the VAD in the Great War and she overcomes her instinctive repulsion and photographs the body to aid the Coroner. However, to her anger and frustration, it soon becomes clear that the Government is determined to whitewash the whole affair and the verdict is brought in that Narayan (a superb rider and an experienced huntsman) had been careless enough to ride with his loaded rifle ready for use, and that his death was an accident. Kate's photographs are ignored and the negatives removed, without her permission, from the hotel safe. To make matters worse, Narayan's valet has destroyed much of the evidence as part of the death rituals.

Furious at this cover-up and with herself for having allowed it to happen, Kate, with the help of Jim Sykes and Mrs Sugden, decides to discover the truth. She finds herself experiencing understanding and sympathy for the two very different women in Narayan's life: Lydia Metcalfe and Indira, Narayan's beautiful, cultured wife, the mother of his three children, who commissions Kate to discover the truth and to retrieve the famous dubte suraj ki charmak, the wonderful sunset diamond, that disappeared around the time of Narayan's death. However, as Kate unravels the tangled web of lies to discover the truth, she realises that far more than the recovery of a diamond is at stake. Unless she can avert the tragedy, another innocent life will be lost.

Kate Shackleton is a wonderful heroine. Her quiet courage and determination to discover the truth makes her very likeable, especially as this is tempered by her self-deprecating sense of humour. There is a brilliant description of Kate, dressed in borrowed, shabby clothes, having survived an ordeal by fire and water, entering the ducal dining room:
'In my ill-fitting clothes, still wet from my wade in the Wharfe, I smelled of river water, burning timber and thatch, and sodden tweed. My feet squelched.
Smiling inanely at several guests, including the Duke and Duchess of Devonshire and Mr Chana, I plopped across to Sir Richard, muttering a general “excuse me” to the assembled eaters.'

Kate is very much aware of her 'chameleon' status. She is the adopted daughter of Lady Virginia, the daughter of a duke, and her policeman husband,' but Kate's natural mother lives in a Wakefield slum, and it was there that Kate was born. Devoted to her adoptive family, Kate is also in contact with her natural family, and this makes her sympathetic to the conflicting viewpoints of Indira, who is certain of her rights and entitlement as an Indian princess, and Lydia, who resents the way a few people, by an accident of birth, can possess so much of the countryside and the people who live there, including her family home.

The book is full of these contrasts, with beautiful descriptions of the Yorkshire countryside and exquisite pictures of the exotic interiors when the Indian nobles bring carpets, cushions and hangings to embellish wherever they stay. The book has excellent historical detail and dialogue, which sets the period without slowing the action. I loved this book and would recommend it wholeheartedly.
------
Reviewer: Carol Westron 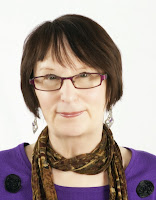 Frances Brody is a pseudonym of Frances McNeil who lives in Leeds where she was born and grew up. She worked in the USA as a secretary in Washington DC and New York. Frances studied at Ruskin College, Oxford and read English Literature and History at York University.Starting her writing life in radio, she has written scripts for television and theatre. Frances turned to crime for her first novel, Dying in the Wool, set on the outskirts of Bradford, Yorkshire in the 1920s.  Four further books have followed featuring Kate Shackleton, 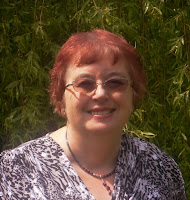 Carol Westron is a successful short story writer and a Creative Writing teacher.  She is the moderator for the cosy/historical crime panel, The Deadly Dames.  Her crime novels are set both in contemporary and Victorian times.  The Terminal Velocity of Cats, the first in her Scene of Crimes novels, was published July 2013.