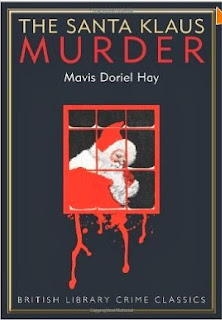 The members of the Melbury family gather at their country residence Flaxmere to celebrate the Christmas festivities.  The introduction and background to the various family members is provided in the first chapter by Philip Cheriton, who at that time had been engaged to Jennifer Melbury for three months. Although he had not voiced approval, the engagement had not been forbidden by Jennifer’s father Sir Osmond Melbury. He had made that mistake with his eldest daughter Hilda, and she had eloped.  Philip is keen to lure Jennifer to a house of their own, but then who in the family will take care of Sir Osmond.   Hilda seems a likely candidate

The narration is then picked up in chapter two by Hilda Wynford, Sir Osmond’s eldest daughter, who does not seem totally opposed to returning to her childhood home, but she has her daughter Carol to consider. In chapter three Jennifer takes up the story: she clearly has no illusions about her father or indeed any of her family.  They are all concerned about Osmond’s will, particularly as while most of the family have left the
family home to pursue their own lives, Sir Osmond has in the main been cared for by Miss Grace Portisham, his  secretary and housekeeper, who has made herself indispensable in the absence of the family.  Just how indispensable is Miss Portisham, and how grateful is Sir Osmond? She takes over the story in chapter five.

An unfortunate mix-up with his Santa costume puts Sir Osmond in high dudgeon and the job of playing Santa falls to Oliver Witcome, one of the guests. But as in Christmas family gatherings the world over, all did not run smoothly, Kit the elder child challenges the existence of Santa Klaus and the other children end up in tears. In the midst of  the melee, Sir Osmond is discovered shot and the whole day dissolves into chaos.

Apart from two, the following chapters are told by Col Halstock, the Chief Constable of Haulmshire, who has known most of the family since childhood, but maybe not as well as he thought.  As his investigations proceed it becomes clear that nearly everyone present benefits from Sir Osmond's death.  Except Santa Klaus, who seems to have had every opportunity to shoot Sir Osmond, but has no apparent motive.

This is a classic country-house mystery set  in 1935 and now being made available by The British Library to readers for the first time since its original publication in 1936. This reader who had never heard of Mavis Dorel Hay, but has so greatly enjoyed this mystery, is grateful.
------
Reviewer: Lizzie Hayes

Mavis Doriel Hay (1894–1979) (Helen Elizabeth FitzRandoph) was a novelist of the golden age of British crime fiction. Her three detective novels were published in the 1930s and are now rare and highly collectable books. She was an expert on rural handicraft and wrote several books on the subject. She was born in Barnet, England; died in Stroud, Gloucestershire.
Other Books:
Death on the Cherwell
Murder Underground