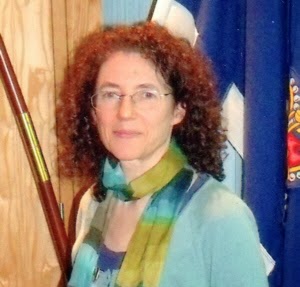 Linda Stratmann was born in the city of Leicester on 4 April 1948. Linda attended Medway Street Infants and Junior School, in the days of the eleven plus, and from there went to Wyggeston Girls Grammar School. Her earliest ambition was to be an astronomer, and she read and wrote a great deal of science fiction. She also read biology, zoology and medicine, and seriously considered a medical career. But by her teens, she had developed an absorbing and life-long interest in true crime.  After a period of rebellion Linda took her A levels and went to Newcastle University in 1971, graduating with first class honours in psychology three years later. She then joined the civil service, and trained to be an Inspector of Taxes.  In 1987, unable to resist the pull of London she moved there. In 2001 she left the civil service, and started a new career as a freelance writer and sub-editor, and in 2002 was commissioned to write her first published book on the history of Chloroform

Leigh: What interests you most about writing historical crime?
Linda: I love re-creating the past. Sometimes I feel as if I have just stepped out of a time machine and I am really there. In the context of crime writing, of course, it is an enjoyable challenge to solve the puzzles using only the resources that would have been available then.

Leigh: Why did you choose to set your series in the nineteenth century?
Linda: I have been fascinated by the Victorians for many years. They are so conflicted, with a basic human nature like ours yet overlaid by the expectations and demands of a different society. I chose the 1880s because it is a decade rich in incident and also very accessible through the advances made in photography.

Leigh: I'm always amazed at the amount of research that must go into writing historical novels. Tell us how you set about researching your books.
Linda: I had written a biography of William Whiteley founder of the famous store and had a huge amount of background material on Victorian Bayswater. It felt like the ideal location for my fiction. Each book then requires further research. I read the newspapers of the day, I study Victorian ordnance survey maps, I study the census returns, look at buildings, and read masses of contemporary publications. I also have to study the medical knowledge, forensic science and the law of the period. It sounds like a lot, but I love every minute!

Leigh: How do you guard against anachronism and inaccuracy in the details of your characters' lifestyles?
Linda: Substantial research!  I have shelves-full of books on all aspects of the Victorian era, and look up anything I am not sure of. Word-searchable newspapers are a boon, as I can look for words to ensure that they were in use at the time in the sense I am using them. I am learning all the time; I never really stop. I sometimes think I spend more time in the nineteenth century than the twenty-first.

Leigh: How do you get inside the minds of your characters, and understand their values and opinions?
Linda: It was always important to me when writing true crime and biography to understand how people thought; what were their beliefs and motivations, how did they understand the world, and when they said something what did they actually mean by it? There is no substitute for lots of reading of original material, such as letters and diaries, also transcripts of trials and public meetings, which are a wonderful record taken in shorthand of how people of every walk of life actually expressed themselves. I have immersed myself in this for many years.

Leigh: Before you started writing the Frances Doughty series, you wrote true crime and historical biography. Tell us how the process of writing fiction compares to your earlier writing. Many authors struggle to cross from non-fiction to fiction. How did you make the transition?
Linda: Historical fiction and non-fiction writing have a lot of similarities. Both need research, though of course the research for non-fiction is of a different order of complexity and detail. In both, the writer has to tell a story, describe the characters and explain convincingly the reasons behind a chain of events. In non-fiction of course, one starts with facts, and these cannot be changed or invented. The writer’s task is to examine, analyse, test and make sense of the existing facts, which can be quite a challenge where crime is involved and witnesses tell conflicting stories. Fiction gives flexibility, and I have the pleasure of sending my characters off on adventures, but I would never knowingly put anything in my fiction that I knew to be impossible. Anything I invent has to be something that could have existed at the time.
As to the transition, the main problem with the fiction was getting it published. Even though I was already a published author my first novel was rejected by agents more times than I can count. Fortunately the History Press snapped it up for their new imprint the Mystery Press, and has published two more with another to come next year.

Leigh Out of all the real people you have researched, whom would you most like to meet, and why?
Linda: I wrote a biography of the infamous Marquess of Queensberry for Yale University Press, and would have liked very much to meet both him and Oscar Wilde. Queensberry was a greatly misunderstood character, both simple and complex. Wilde was a genius, and it would have been wonderful to dine with him and enjoy his conversation.

Leigh: Out of all the real people you have researched, whom would you least like to meet, and why?
Linda: Colonel Francis Charteris the subject of Notorious Blasted Rascal was an evil, dangerous and unprincipled character. I visit his grave in Greyfriars Kirkyard every so often just to make sure the horrible man is still there.

Leigh: Tell us about your latest book, and where we can find it.
Linda: My most recent publication A Case of Doubtful Death, is the third Frances Doughty mystery and is in bookshops and also on Amazon and available from the History Press.  I have just completed the fourth in the series An Appetite For Murder, which should be out next spring. I am currently planning book five.

Leigh: What is next in your writing life?
Linda: I have recently embarked on a two-year project, a non-fiction book for Yale University Press about the history of nineteenth century homicidal poisoning. While my Frances Doughty books keep gruesome details to a minimum, this one pulls no punches. Every page is dripping with unpleasant body fluids.

Crime Fiction Books
The Poisonous Seed
The Daughters of Gentlemen.
A Case of Doubtful Death 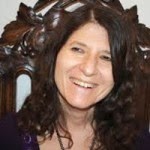 Leigh Russell  studied at the University of Kent gaining a Masters degree in English and American literature. Her first novel, Cut Short, was published in 2009, followed by Road Closed in 2010, Dead End in 2011, Death Bed in 2012 Her latest book Stop Dead, was published May 2013. Cold Sacrifice the first in a new series featuring Ian Peterson was published in September 2013. In addition to her writing Leigh is a secondary school teacher, specializing in supporting pupils with Specific Learning Difficulties as well as teaching English