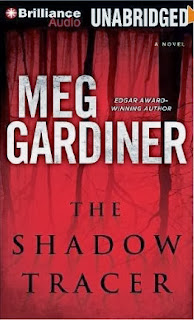 The biggest mystery about Meg Gardiner’s books is why no one has noticed their movie potential.

For The Shadow Tracer she has reinvented herself as M G Gardiner, possibly in attempt to reach a wider audience, though I doubt she’s kidding many people. The new book is either a standalone or the first in this hugely underrated author’s third series (and I can’t wait to find out which), and it’s every bit as big-screen-friendly as all the others. There’s a colourful rock festival, edge-of-the-seat car chases, gunfights to set your heart racing, an explosive fire which traps good and bad guys alike, and a terrific nerve-jangling finale in an airplane graveyard – yes, really.

It starts out as a classic example of an ordinary person thrown headlong into extraordinary circumstances. Sarah Keller and her adopted daughter Zoë have lived under the radar for five years when through a freak accident they suddenly find themselves hunted down by the police, the FBI and Zoë’s father’s violent religious fundamentalist family. The plot soon begins to race along at warp speed; it left me breathless and occasionally corkscrewed back on itself to provide that extra jolt. Eventually it’s down to Sarah’s ingenuity and raw courage to defeat the odds and face down the bad guys.

Gardiner is equally at home in bustling cities and empty wasteland. Much of the action, and there’s a lot of it, takes place in the heat of the New Mexico desert, an inhospitable terrain where the nearest neighbour can be fifty miles away; in her more than capable hands the landscape and the conditions come to life. I blinked in the narrative’s ferocious midday sun, forgetting the damp, chilly winter afternoon outside.

Then there’s the characters. Zoë is an extraordinary five-year-old, but never less than completely believable; Sarah is as plucky and resourceful as they come, with enough vulnerability to keep her human. The large supporting cast includes a US Marshal with a heart, a damaged, driven FBI agent, a nun with attitude and a rally driver’s soul, and the most chilling and malign villains I’ve encountered for a long time.

OK, I admit it: I’m a fan. A new Meg Gardiner is always a treat to those in the know, of whom I feel privileged to be one; I read this one in a couple of days, and didn’t want it to end. Think Lee Child with a bit more heart and a generous helping of James-Bond-movie-style high-octane action scenes. And as a bonus, the writing is to die for.
------
Reviewer: Lynne Patrick 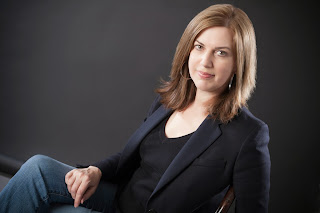 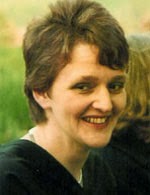