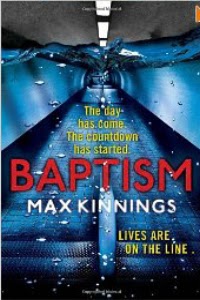 George Wakeham is a driver on the London Underground, happily married with two children but aware that his life is dull. Then, one day, all that changes. A small, ruthless, demented group of Christian fundamentalists of extreme views take George’s wife and children hostage; their plan is to hijack the tube train which George drives, to bring it to a halt in the tunnel between Leicester Square and Tottenham Court Road stations, and to coerce the authorities into flooding the tunnel so that all the passengers and the hijackers will drown in a lunatic apocalypse. So Detective Chief Inspector Ed Mallory, the London Metropolitan Police’s chief hostage negotiator whose skills have been enhanced by his blindness, is called in but those skills are tested to the utmost in a tense game of cat-and-mouse between him and the hijackers.

The author is a lecturer in Creative Writing at Brunel University and his technical skills are clearly evident in this nerve-racking, impeccably researched and violent thriller. The chapters are very short, switching from George to the terrified passengers (who include George’s wife) to the various people involved in the negotiations, with the time line, precise to the minute, at the head of each chapter. This is a masterly technique which ratchets up the suspense to an almost unbearable level.
------
Reviewer: Radmila May 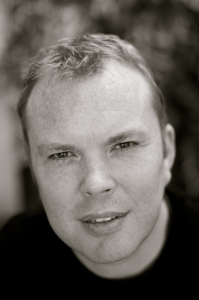 Max Kinnings.  Prior to writing full-time, Max worked in the music and entertainment industries for twelve years devising advertising and marketing campaigns for music festivals, tours, comedy shows and West End theatre productions. His first novel, Hitman, was published in 2000. A comedy thriller about a drug-crazed private detective who is hired as a contract killer by an eccentric old woman with paranoid delusions, it was described by The Times as “a highly accomplished, confident first novel”. It was read by Kenneth Cranham on BBC Radio 4. Alongside the British and commonwealth edition, it was also published in the US, Bulgaria and Russia.