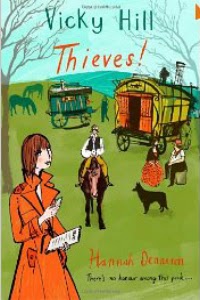 This is the fourth and latest in a delightful comedy- crime series featuring Vikki Hill, an obituary reporter on the Gipping Gazette. Set in the charming and quaint countryside of Gipping-On-Plym, the story opens as Vikki leaves a hen night realising the home-made punch was filled with rather too much alcohol, and fearing she may be over the limit, and not wanting to risk being breathalysed, she decides to take the back  route home. On route she stumbles across the body of a woman in the local marsh land and being an ambitious young reporter is determined to solve the murder. Then gypsies arrive in town and set up camp on the land reserved for the local annual Morris dancing-thon, leaving the locals far from happy so when a slew of silver thefts start happening across the village, all fingers point in the direction of the gypsies, and Vikki Hill is determined to find the connections and win herself that much wanted front page scoop.

These stories are light reading, full of delightfully eccentric and quirky characters and guaranteed to keep you smiling and often laughing out loud. The dialogue is and sparkling, witty and full of humour. A series to lift your spirits, and a great idea for a Christmas present for most age groups.
------
Reviewer: Linda Regan
www.lindareganonline.co.uk 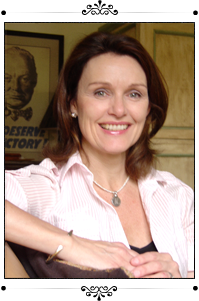 Hannah Dennison One constant, however, was that I always sought after adventure. It was one of the reasons why I enlisted in Her Majesty's Royal Navy, only to discover that women sailors (known then as "wrens") never went to sea.  I hoped the local newspaper might offer some excitement-at the very least, the odd murder or two. So spent two years tucked away in beautiful Devon writing obituaries.  This was followed by a wonderful job in an antique, a spell as a secretary to a Formula One World Champion, a hostess in a nightclub, and then nearly a decade as a flight attendant for both commercial airlines and private jet charters. Eventually, I landed an agent and a three-book deal for Vicky Hill-and the rest, as they say, is history. One thing I've learned through it all is that "overnight success" actually takes about ten to fifteen years of consistent hard work. There are no short cuts to achieving your dreams. 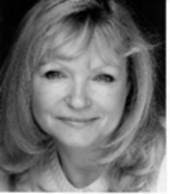