‘The Nightmare’ by Lars Kepler 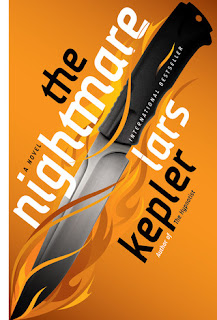 It must be somewhat of a nightmare for an author to sit down and contemplate how to create a follow-up novel to one as successful as The Hypnotist.  But that is exactly what faced the team writing under the nom de plume Lars Kepler.  So they wrote “The Nightmare,” in which they again feature the Finnish-born protagonist, Swedish Detective Inspector Joona Linna.

The novel is not only a fast-paced procedural, but an action-filled suspense story.  The plot centers on the corruption of the system by the extreme profitability of selling arms and ammunition to troubled nations and warring factions.  The story begins when Linna investigates the strange death of the director responsible for allowing Swedish exports of armaments.

A wide assortment of characters is portrayed vividly, with a truly evil mastermind behind the murders, kidnappings and crimes keeping Linna and his police counterparts hopping.  It is a riveting story, with an intensity forcing the reader to continue turning the nearly 500 pages.  Written with passion, it is a book which is highly recommended.
------
Reviewer: Ted Feit 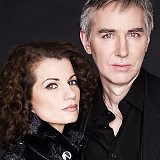 Lars Kepler is the latest Swedish star on the crime writer horizon. Like the works of Sjöwall/Wahlöö, Henning Mankell and Stieg Larsson, Kepler’s books are being widely translated and turned over to eager film producers. Kepler’s books have managed to get the attention of two-time Academy Award nominee Lasse Hallström.