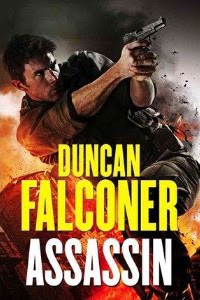 John Stratton, a member of the elite Special Boat Services (SBS) is involved in an operation in Afghanistan, which ends up under the auspices of two Americans not linked with his unit.  Having retrieved a booklet from the site, the Americans take off, literally, leaving Stratton and his colleagues none the wiser.

Having returned back to London from the exercise, Stratton is contacted by his old boss, Chandos, who believes that he is being hunted by a professional assassin.  When Chandos goes missing, believed killed in Nigeria, Stratton gets drawn in to a plot involving nuclear warheads, the Americans, the Taliban and big business.
This is a fast paced thriller, which makes the most of the politics of the current situation in the middle east and the various players involved.  There is a real feeling of the tensions of being a part of the special elite operations groups like the SBS, who are often involved in activities which have covert outcomes and cannot always be publicised.  This makes it even more difficult to distinguish the good guys from the bad guys in political scenarios and this book makes the most of it.  The plot is tight, but not straightforward, the characters larger than life, but believable having met elite forces members, and the speed of the narrative fast paced. Unlike many books of this type, there are even some strong women characters and they do not just populate the bedrooms of the major male characters.  Here it deviates from the norm and is refreshing as a result.

This book was fun to read, not very demanding, but does raise some interesting points about the instability and delicate balance which the various factions have to make in the middle east conflict.  The story takes you from Afghanistan, to London, Nigeria, and New York and does it at breakneck speed.  A nicely edgy thriller, hard to put down once you get into the flow.  The kind of book that holidays and long journeys were made for.
-----
Reviewer: Amanda Brown 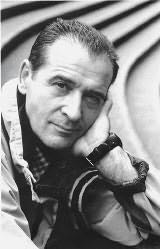 Duncan Falconer (A pseudonym) grew up in Battersea, London, spending the first 10 years of his life in a children’s home. A former member of the elite Special Boat Service and 14 Int., N. Ireland's top-secret SAS detachment, he left after more than a decade of operational service and went on to the private security 'circuit'. His SBS exploits were documented in his first book, the bestselling First into Action
Posted by Lizzie at 17:55