‘The Dead Season’ by Christobel Kent 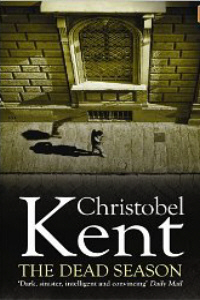 August in Florence - it’s sweltering, with soaring temperatures, the city shimmers in the unrelenting heat.  Most of the Florentines have decamped to cooler climes - the hills and beaches in the surrounding areas, leaving Florence with most of the cafes and shops closed. But Sandro Cellini ex-policeman now private detective will not be joining them, for Sandro has a new case, a young pregnant woman Anna Niescu whose boyfriend has disappeared.

Also remaining in the city is bankteller Roxana Delfino who works at the small old-fashioned Banca di Toscana Provinciale which has just ten branches, three of them in Florence. With the manager away on holiday, and most of Florence closed Roxana has more time to worry about her mother who is showing signs of dementia, and the disappearance of one of her regular customers,

What appears to be a straight forward missing person case quickly becomes complicated when a body is discovered.  With his ex-partner Pierton assigned to the case Sandro, and his assistant Giulietta Sarto, along with his wife Luisa struggle to unravel the complex tangle that surrounds Anna Niescu.

This is an intriguing mystery, but more than that it is a story of people’s lives, their fears, their hopes, and their yearnings, sometimes the yearnings that we don’t tell even our closest friends, because we are sure that it’s not going to happen for us.  As the story progressed I was as equally involved in all their lives as with attempting to solve the mystery.  Although the characters are all so individual there are parts of each of then with which I could identify, thus is the power of the true story teller.

I also loved this book, because I could smell Florence and not only because of the several references to the refuse bins, but because I could smell the heat.  In England, we do have hot weather – we do – sometimes! But for me whenever one emerges on a summer morning the smell that greets one is the fresh smell that the rain has brought up, because it will have always rained at some point during the night - that’s England.  But the descriptions in this book coupled with the hot weather transported me to the Florence I have visited, and brought back wonderful memories.

When the stifling weather finally breaks, so does the case with shocking revelations.  I cannot recommend this book too highly, I was enthralled throughout and can only say, put this book on your ‘must read’ list.
----
Reviewer: Lizzie Hayes
Earlier books in this series are: A Time of Mourning and, A Fine and Private Place. 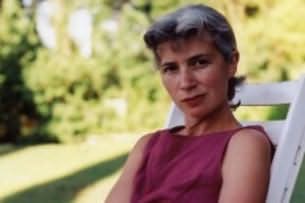 Christobel Kent was born in London in 1962 and now lives in Cambridge with her husband and four children; in between she lived in Florence. She worked in publishing for several years, most recently as Publicity Director at Andre Deutsch. Her debut novel A Party in San Niccolo, was published in 2003.
Posted by Lizzie at 13:15