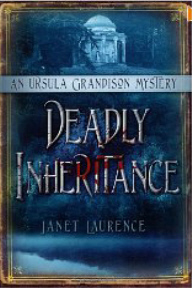 Janet Laurence is an accomplished writer of crime fiction, so her name will be well-known to most crime fiction fans. This, her latest novel, is set it in the past, 1903 to be precise, and features an interesting new female character, American Ursula Grandison.
Ursula has accepted a commission from a wealthy fellow-American, Chauncey Seldon, to discover what is going on in his daughter Helen’s marriage in England where she is wed to an English Earl and has the title of Countess of Mountstanton. To this end, Seldon sends his younger daughter, pretty and lively seventeen-year-old Belle, to visit her sister Helen with Ursula Grandison travelling with the girl as her companion.
Ursula and Helen used to be close friends but the Countess harbours old resentments from their past and is far from pleased when her ex-friend arrives unexpectedly with Belle. Ursula can see a marked changed in Helen and soon realises that all is not well in her marriage; that she is not happy living in the dreary decaying Mountstanton House with her titled husband, the arrogant Earl, and his forbidding mother, the Dowager Countess of Mountstanton.
When Ursula discovers the drowned body of a nursemaid, whom they had earlier believed had left the household, her suspicions about the family increase. Refusing to believe that the death of the housemaid is the accident everyone in the family believes it to be, Ursula sets out to delve deeper into the Mountstanton family and its secrets. When a second death occurs, she is even more determined to discover the  truth as well as to protect young Belle. The denouement of the novel is as convincing as it is shocking.
This is an engaging and enjoyable read, stylishly written, evoking the English way of life for the wealthy and not-so-wealthy of that era. The story flows well, with some good twists in the plot and with characters which are diverse and well-drawn.
For lovers of good crime-fiction, this novel is a must. Highly recommended.
-----
Reviewer: Edna Jones 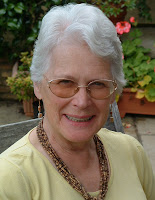 Janet Laurence wanted to be a novelist from the age of seven. First, though, she became a cookery writer for The Daily Telegraph. A member of the Guild of Food Writers, she has published seven cookery books. Soon, though, she started writing crime novels. Ten Darina Lisle culinary crime novels followed, and three historical ones featuring Canaletto, the Italian painter during his time in England. She has also published three general women’s fiction under the pen name of Julia Lisle. Other publications include Writing Crime Fiction – Making Crime Pay. She has run many crime writing workshops, including in Australia where she has been a Visiting Fellow at the University of Tasmania, and at Bristol’s annual CrimeFest. Deadly Inheritance is the first in a new series of historical crime novels set in the early nineteen hundreds featuring Ursula Grandison. She is now working on the next in the series. Janet lives in Somerset. 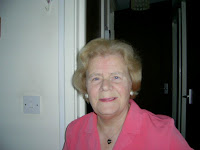