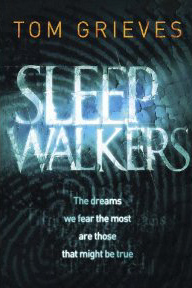 Strange nightmares of beatings, drownings, murder, sadistic violence, haunt ordinary blokey Ben, and nervous fifteen-year-old Toby.  Both are unremarkable people, strangers to each other, yet nightly they dream of similar horrors for which their nearest and dearest always have soothing explanations when they each wake from their troubled sleep.  In the reality of their everyday lives, both of them find themselves nursing welts, bruises, bleeding scars, painful limbs; neither of them is sure how these came about, although they have vague memories of either inflicting injury, or having injury inflicted on them.

Why are they dreaming like this?  Who can they trust? As their everyday lives begin to splinter, the curtain between their dreams and reality begin to fray.  Ben is aware that he is committing hideous atrocities upon helpless victims, although that is not the kind of person he is.  Night after night, Toby is being violently abused, his body left broken and bruised.  Until one of his teachers begins to question what is happening to him.  She, Toby and Ben join together in a search for the truth, and uncover an extraordinary conspiracy, a secret society which was never meant to be revealed, whose aims are deeply sinister.

The twists are unpredictable and the plot a complete surprise.  I couldn't put it down.
-----
Susan Moody

Tom Grieves has worked in television as a script editor, producer and executive producer, as well as a writer. He has written for various series and has had two of his own series ideas commissioned and produced. Sleepwalkers is his first novel. He lives in Somerset. 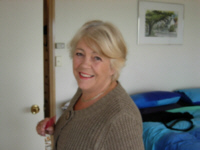