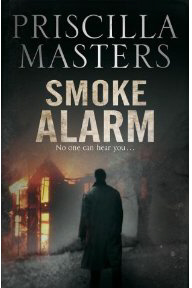 I was gripped from the prologue, and as I came to the end of the few pages I realised that I was actually holding my breath!

A fire at the Melverley Grange on a cold night in February 2011, claims the lives of three members of the Barton family. Early investigation into the cause of the fire suggests that it was started deliberately.

Detective Inspector Alex Randall calls on Coroner Martha Gunn to ask her to visit the scene. Martha known for her insightful assessments is interested and accompanies Alex Randall to the Grange.  Poking about and listening to the account of where the bodies were found, poses several anomalies, which puzzle Martha.

A second house fire started in a similar fashion raises even more questions – are the two fires related?  But the occupant of the house where the second fire is set seems to have no connection with the family at the Grange.  And where is retired nurse Monica Deverill? As the investigation continues, each step forward brings not answers, but more confusion and more questions.

This is the fifth book in the series and Martha’s twins are now spreading their wings Sukey with ambition to be an actress and Sam off to university.  Martha, whose husband Martin had died in an accident, is becoming aware that soon she will be on her own.  She has been seeing for a weekly dinner, the widower of a friend, Simon Pendlebury – suave, wealthy and handsome, he is a woman’s dream but for some unexplained reason Martha doesn’t quite trust him, although she has actually no reason not to.  The one person to whom she has an attraction is married - so off limits, although he has never spoken of his home life, he doesn’t exude happiness.

Whilst an intriguing mystery, much of the strength of the book lies in the wonderful characterisation, which means one has to mention, Jerico Palfreyman who guards access to Martha as a lioness guards her young.

Priscilla Masters has a medical background and this is clearly demonstrated as the investigation continues and we find mental health and dementia contributing to the tragedy and not only at Melverley Grange. Cleverly plotted, one of those books that you can’t put down, not even when the clock is chiming 1am, you just have to keep turning those pages.
------
Reviewer: Lizzie Hayes
Earlier books in the series are River Deep, Slip Knot, and Frozen Charlotte. 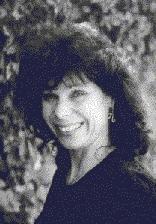 Priscilla Masters Priscilla Master’s writing career started in 1987 when she published Mr. Bateman's Garden, a children's book set in Biddulph Grange Gardens belonging to the National Trust. After that she created Inspector Joanna Piercy, in which there are ten books in the series. She has now also written a number of Medical Mysteries.  Her latest series features Coroner Martha Gunn.
Priscilla Masters lives in Shropshire, England. She works part-time in Staffordshire as a practice nurse.