‘A Willing Victim’ by Laura Wilson 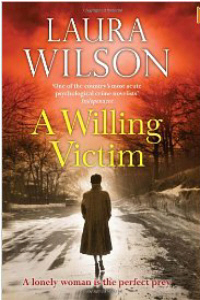 It is 1956. Inspector Stratton has come through the war, as have, his son and daughter, but his wife Jenny was unlawfully killed many years ago, and despite the passing of years Stratton has yet to come to terms with it.

The discovery of the body of Jeremy Lloyd in his Soho lodgings takes Stratton to a cult in Suffolk masquerading as the Foundation for Spiritual Understanding set up in a house reputed to be haunted. Interviewing the members of the cult he is met with smiles but a wall of silence. He does meet Michael, a twelve year-old boy said to have been immaculately conceived, and to be the next incarnation stretching back to Christ and Buddha.  But Michael’s mother has disappeared.

For Stratton a down-to-earth policeman, the creator of the foundation, Mr Roth is an enigma.  But Stratton is like a dog with a bone and he is determined to uncover the secrets of this mysterious cult, which he is sure is related to the death of Jeremy Lloyd. The discovery of a woman’s body in the woods close to the Foundation confirms his suspicions that something is amiss at the Foundation.

In his personal life Stratton is at odds with himself, both with his relationships with his two children, and himself.  The most touching part in the book was with his extended family. In everyone’s family there are the bores, the ones at every family gathering we try to avoid, and in this book we face the passage of time which can throw a different light on someone we would have thought that we knew well.  Insightful, and moving.

Much of the strength of this book lies in the amazing recreation of the period. I was a teenager in the 1950's and this book took me back.  In a way it was scary, I know that with the Internet research is easy, but this book was so brilliantly written that I kept having to look up from reading to reassure myself I wasn’t back there.  Although a book that stands alone as an interesting and complex mystery, much insight will be gleaned by the reader who invests in the earlier books. All the books in this series are highly recommended.
-----
Lizzie Hayes
Earlier books featuring Inspector Statton are Stratton’s War, An Empty Death, A Capitol Crime. 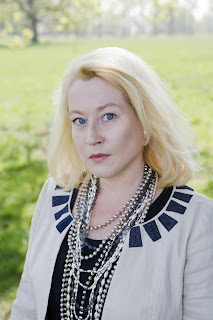 Laura Wilson was brought up in London and has degrees in English literature from Somerville College, Oxford, and UCL, London. She lives in Islington, London, where she is currently working on her tenth novel. She is the crime fiction reviewer for the Guardian newspaper and writes a 'Crime Fiction Masterclass' column for Mslexia magazine.
Posted by Lizzie at 16:44