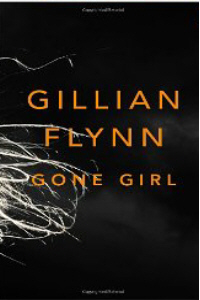 This tale of obsession and vengeance was startling, even shocking, in a number of ways, especially as the twisted revelations of Gillian Flynn's dark story began to emerge.  The eventual disclosure of the villain's identity was a genuinely stunning jolt.

Perhaps Nick, the supposed hero, is a bit of a whinger, but nonetheless he's a charming and  successful magazine writer.  Amy is rich and charismatic, the only child of parents who together have created a hugely lucrative series of Amazing Amy books.  Naturally, Nick and Amy fall in love and get married.  Then things start to go wrong.

Downsized from his position, and joined in redundancy by Amy, he decides fairly arbitrarily to move from Manhattan to Carthage, Missouri, where he grew up.  Ah ha, I thought.  Deep South Gothic, here we come.  But how wrong I was.  Much more than a gothic horror, this book casts a cold eye on marriage and how a golden partnership can too easily turn toxic.

Okay, so Nick (kind of) forgot it was their wedding anniversary.  But she'll forgive her lovable bumbler, won't she?  And then she disappears completely, leaving behind blood on the kitchen floor, and diaries which show him in a very much less than flattering light.  Suspicion naturally falls on him.  The police, her parents and her friends all consider him guilty, however much he denies it (well, he would, wouldn't he?).

The narrative switches between Nick's and Amy's accounts of what has happened between them over the five years they have been together.  Neither of the characters is what they seem to be, and frankly, neither is very likable, but that is part of this ingenious plot.  The book is slow to take off, but halfway through begins to grip like a vice, impossible to put down as it crashes and whacks it way toward its sinister and chilling conclusion.

It's difficult to go into Gone Girl in any detail, without giving away the high-end denouement.  The final page contains one of the most toxic pieces of conversation I've ever read
-----
Reviewer: Susan Moody 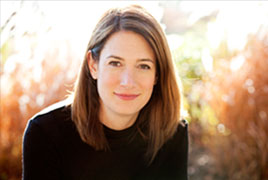 Gillian Flynn  was born in Kansas City, Missouri to two community-college professors—her mother taught reading; her father, film. For college, she headed to the University of Kansas where she received her undergraduate degrees in English and journalism. After a two-year stint writing about human resources for a trade magazine in California, Flynn moved to Chicago. There she earned her master’s degree in journalism from Northwestern University and discovered that she was way too wimpy to make it as a crime reporter.  She moved to New York City and joined Entertainment Weekly magazine, where she wrote happily for 10 years. Her  2006 debut novel, the literary mystery Sharp Objects was an Edgar Award finalist and the winner of two of Britain’s Dagger Awards—the first book ever to win multiple Daggers in one year. Movie rights have been sold. Gillian’s second novel, Dark Places was a 2009 New York Times bestseller and again movie rights have been sold. Gillian’s  work has been published in twenty-eight countries. She lives in Chicago with her husband, Brett Nolan, their son, and a giant black cat named Roy. In theory she is working on her next novel. In reality she is possibly playing Ms. Pac-Man in her basement lair. 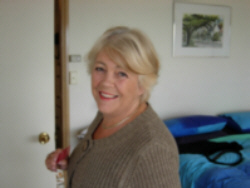