‘The Daughters of Gentlemen’ by Linda Stratmann 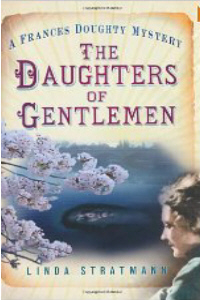 Frances Doughty is the protagonist as a lady detective in London in 1880. She has featured in a previous tale but knowledge of that, while adding to one’s enjoyment, is not essential for understanding The Daughters of Gentlemen. Doughty is well chosen as the surname of a woman who faces the innumerable barriers to females in the Victorian era with fortitude.

The situation is that there has been found at the Bayswater Academy for the Education of Young Ladies dangerous feminist pamphlets. These were discovered inside the desks of unwitting girls and their origin must be traced. Frances as a female is, at least, more acceptable than a male sleuth and can masquerade effectively as a science teacher. This simple beginning leads to more and more complexities concerning the denizens of the area - in particular, adults closely associated with the school. Frances has a varied selection of willing assistants and a suitably inquiring mind. Murder becomes part of the picture but she and her aides continue the investigation doggedly.

A particular feature of the period is the Election of 1880 with the efforts of Suffrage societies to gain attention for the need to give women the vote. Frances attends some meetings and her verbatim reports provide considerable amusement for a modern reader.
The historical background is impeccable and the modern reader can feel the frenetic atmosphere of the election. The mysteries are successfully elucidated by the sleuth and the ends all neatly tied off.
--------------
Reviewer: Jennifer S. Palmer
The first mystery featuring Frances Doughty is The Poisonous Seed. Linda Stratmann has also published a number of historical non fiction works such as Chloroform: the Quest for Oblivion and a number of studies of historical murders in areas such as London, Middlesex and Essex. 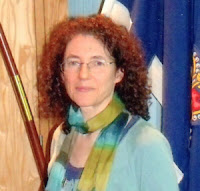 Linda Stratmann was born in Leicester April 1948.  As a rebellious teenager  after taking my O levels, Linda left school, and trained to be a chemist's dispenser with Boots. Subsequently Linda took A levels and went to Newcastle University in 1971 graduating with first class honours in psychology three years later. Linda then joined the civil service, and trained to be an Inspector of Taxes. In 2001 Linda left the civil service, and started a new career as a freelance writer and sub-editor, and in 2002 was commissioned to write her first published book on the history of Chloroform.

Jennifer S. Palmer.  Throughout my reading life crime fiction has been a constant interest; I really enjoyed my 15 years as an expatriate in the Far East, the Netherlands & the USA but occasionally the solace of closing my door to the outside world and sitting reading was highly therapeutic. I now lecture to adults on historical topics including Famous Historical Mysteries.