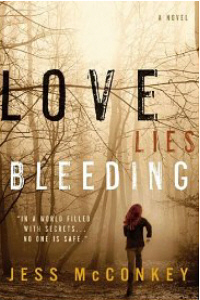 Published by William Morrow, 2011. ISBN: 978-0-06-199968-0
Samantha Moore, had everything, the perfect job, a loving fiancé, and wealthy parents. Then she is attacked by a group of young men in the car park of her office, and emerges from a coma two months later, a frightened girl in constant pain with no confidence and low self-esteem.  To help her recuperation her father and her fiancé the plastic surgeon Dr Jackson Van Horn arrange for her to stay at a cabin in .  They employ Anne Weaver to stay with her during her period of recuperation. As Anne is a physical therapy assistant she can help build up the wasted muscle in Sam’s leg which is also part of the reason for her low self-esteem.
This book had me edgy from the beginning, even reading it I began to feel suffocated by father Laurence Moore and fiancé . Both continually ignoring anything Sam said and steamrollering over any suggestion she made as if she was mentally deficient. Also the constant harping on the need to take her medication, that clearly turned her into a zombie.
Whilst Anne Weaver has her own set of problems she sets out to help Sam recover by imposing a relatively strict regime to improve the muscle tone in Sam’s damaged leg. But any progress is constantly undermined by the visits of Laurence Moore and Jackson.  And who is the lady in lavender that Sam sees in the dead of night? Is she real or a hallucination?
The story is narrated from multiple points of view, the most chilling being the first person narrative by an unknown person, who is clearly disturbed, but not knowing the person’s identity has the reader questioning everything and everyone.
It is a mind bending work as I stopped on several occasions wondering just how would one react in that situation. Would you suspect that the people you trusted didn’t have your best interests at heart, and why and to what end?
With many interesting characters, this a cleverly crafted work, that had me suspecting everyone.
------
Lizzie Hayes 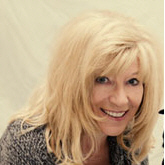 Jess McConkey is the alter ego of author Shirley Damsgaard, author of the Ophelia and Abby series.
For information on Jess and Shirley visit www.shirleydamsgaard.com
Posted by Lizzie at 10:42