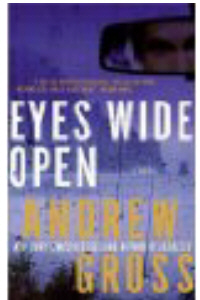 Published by William Morrow, July 2011.
ISBN: 978-0-06-165596-8
Dr Jay Erlich is a happy man, married with two teenage children he is celebrating his twentieth wedding anniversary with his wife Kathy, when he receives a call from his elder half-brother Charlie that his son twenty-one-year-old Evan has died.  Whereas life for Jay has worked out well, for Charlie, a child of the sixties things just went from bad to worse. Always trying to make it in the music business, his penchant for drugs and alcohol not helping, Charlie has frequently hit bad times.  Jay has over the years provided financial support on many occasions for Charlie his wife Gabriella and their son Evan who was bipolar.
When Jay arrives in California it is to find both Charlie and Gabby in a bad way – angry that the hospital where Ewan was taken after a violent episode should just a few days later send him to a place that let him walk out on his own, and finish up dead at the bottom of the cliff.  Recorded as a suicide, Charlie asks Jay to take on the hospital who so badly let down their son.
As Jay seeks to discover the truth of Evan’s death he finds that despite being a doctor himself he is stonewalled by the doctor who was treating Evan, and the mental health social worker. The only person from whom he gets any cooperation is Detective Sherwood from the Coroner’s office. Then a number of oddities have him suspecting that Evan’s death may not have been suicide, but that the answers to today’s tragedy are locked in Charlie’s head back in the past.
Jay’s quest for the truth takes him on a horrific journey as he delves into his own families past and uncovers the secrets that Charlie has kept for thirty-five years. This is a chilling and macabre story that takes Jay into the evil of a 1960’s cult.  And soon Jay himself is in danger, and those he loves are at risk.  Just how far do the tentacles of this cult stretch?  Who will help him but more important who will believe him?

Well crafted and cleverly plotted, this is a thrilling read. Unable to put it down, I read it in one sitting. You will too.
-----
Lizzie Hayes 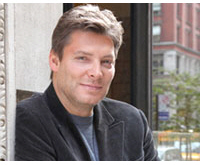 Andrew Gross did a major in English at Middlebury. Then a stint at the Leslie Fay Companies, a women's clothing firm started by his grandfather. Later he went into the sports apparel field, and ended up president of HEAD Ski and Tennis.  His is the author of The Blue Zone, Don’t Look Twice, The Dark Tide, Reckless. He has also co-authored with James Patterson six other books. Andrew is married and lives in .
Posted by Lizzie at 14:29