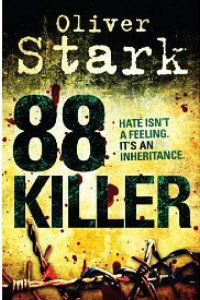 Published by Headline, 23 August 2011.
ISBN: 978-0-7553-7014-6
The story covers an eighteen day period, beginning with the abduction of a young girl. Detective Tom Harper of the NYPD currently investigating two homicides suspects that there is a possibility that the three cases are linked.
Still recovering from a horrendous ordeal when she was kidnapped and imprisoned is psychologist Dr Denise Levern, who has now returned to work.
This is a chilling story, in fact a frightening story. I would like to think that people as described in this story no longer exist, but scarily, I sadly believe they do.  The action is fast paced and compelling, as along with the good guys we race to nail the killer.
Although much of the narration is from the point of view of the killer we are not privy to his identity.  This is a serious subject and I was caught up in the horror, but one sentence gave me a laugh, which was when Denise smiled and sniffed the air and said to Tom ‘You could do with a new set of clothes, big guy’.  Do American women really talk like that?

As Tom tears around seeking to find the killer, Denise and the father of the kidnapped girl try a more cerebral approach, and we of the cyber age learn yet again the wonder of the library system.
A thrilling murder chase and a salutary lesson - but will we ever learn!
----
Lizzie Hayes
Oliver Stark has been writing for as long as he can remember. His first novel American Devil introduced Detective Tom Harper and psychologist Dr Denise Levern.  Oliver enjoys getting out of the city and enjoying the countryside.  88 Killer is his second book, he is currently writing the third.
Posted by Lizzie at 15:53