What’s the Worst that could Happen? 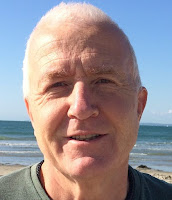 Ok, so we can’t have a normal launch, like we did with the three previous novels. You know the sort of thing I mean – hire a venue, invite a load of friends, fork out for drinks, nibbles and a cake. Press the flesh, do a reading, knowing everyone there would love it anyway even if you read out the local phone book, because that’s what friends are for. We’ve all been there.  Only that’s not possible during a lockdown, so now we need to be a bit more innovative . . . a word that’s unlikely to feature prominently in any assessment of my character unless preceded by the words anything but. Ah well . . . those closest to me just happen to be the walking definition of innovative. “Facebook Live”, I’m reliably informed, “is a piece of cake. Even you can’t make a mess of it.”

Which is when the nerves start to jangle. Bound to – I’m a technophobe. I’ve referred to myself before now as a luddite but, if my limited understanding of history serves me correctly, that’s not strictly accurate or fair. At least the Luddites set out to destroy the machinery. With me, it’s entirely involuntary. If there’s a book called Technology for the terminally stupid, I’d probably have to send it back for setting the bar too high. I’m the sort who sends messages to the wrong person and composes posts and tweets which disappear off the page before I’m ready to send them. I have tried my best. I’ve even bought a webcam and managed (OK – maybe with a bit of help) to get it set up for Zoom sessions. But Facebook Live? That feels like a massive leap into the swamp.  It would help if I could stop calling it FaceTIME Live, which I’ve done in at least two posts I know of. Even I can see that’s a bit if a tautology. Still . . . nothing ventured, nothing suffered, so out go the posts and tweets advertising the event and I hear all the exit doors slamming behind me with each click of the mouse.

And on the day I’m nervous. It’s not the thought of talking live for an hour. I can do that standing on my head. Shutting me up is more likely to be the issue. And it’s not the possibility that I might be sitting there, babbling away to an audience of six relatives and a couple of trolls. When you’ve taught for 45 years, you sort of get used to the idea that nobody’s listening. No, it’s just the realisation that once I click that Live button, I’m completely at the mercy of technology.

So we get set up early and it all seems so straightforward that I wonder why I was worried. Elaine is in there, just out of camera shot, ready to field the comments as they scroll up the screen and feed questions to me. Gemma is on the other end of the phone in case of emergencies. What can go wrong?

I’m in place in front of the screen a good 15 minutes before the scheduled start, looking maybe just a bit unnatural – think Michael Gove in jogging gear. I start the count down to 8 o’clock. 20 seconds . . . 5, 4, 3, 2, 1. Click on Live which, I’m reliably informed, is all I need to do. And we’re off. I’m chatting away merrily until I look across at Elaine and it’s obvious she can’t see or hear me on screen. I keep going, trying not to break into a sweat as I see her reach for the phone and then – somehow – I happen to notice another blue button/icon/thingy saying something like GO LIVE NOW and I press it in desperation and all of a sudden even I know I’m going live because it says so on the screen.  And everyone else was right – morceau de gâteau, as they say in some parts of France.

The Syndicate by G. J. Minett 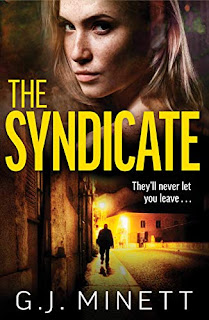 Twenty years ago, Jon Kavanagh worked for a crime syndicate.
Then one night he made a mistake.
He left a witness at a crime scene. Alive.
Now, he is haunted by the memories of that young girl. Her face a constant
reminder of the life he chose to leave behind.
Time has passed and now he wants answers: Whatever happened to her?
Anna Hill is an aspiring singer, but the bars and clubs she works in are far from exciting. When she is given the opportunity to work in Portugal, she takes it. This is her chance to finally kick-start her career.
But the job offer comes at a price; one that will endanger the lives of those she knows, and those she doesn't.
Becoming involved with the Syndicate is risky, and Anna will need her instincts to work out who to trust - and who not to . . .

Published by Zaffre, 9 July 2020
Available in Paperback and Kindle format

Other books are:
The Hidden Legacy
Lie in Wait
Anything for Her
Posted by Lizzie at 14:12