Now Sister Agnes has, in a contradiction in terms, resurfaced during lockdown.

It is April 2020. Sister Agnes is confined to her flat on the estate in South London.
Her daily walk takes her past the old plague burial pits of Southwark, with their echoes of the past, of destitute women buried with their children.
She is concerned about a neighbour of hers, a vulnerable young woman - as she confides to her friends Athena and Father Julius, she feels helpless, unable to act because of the restrictions of lockdown. But the threat of violence causes another mystery to emerge, its revelation altogether closer to home, its roots in the bricks and mortar of the estate itself.
https://www.amazon.co.uk/dp/B08CYDPJ73 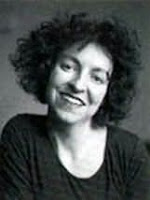 Alison Joseph was born and brought up in London. She studied French and Philosophy at Leeds University, and then worked in local radio in Leeds as a producer and presenter. She moved back to London in 1983 and worked for a Channel 4 production company, making short documentaries. In 1985 she set up her own company, Works on Screen. Productions included Through the Devil's Gateway, a series about women and religion presented by Helen Mirren, which was broadcast by Channel 4 in 1989. A book of the series was published by SPCK. Sister Agnes became a reality with the publication of Sacred Hearts in 1994. A further eight mysteries followed. All the Sister Agnes books are published by Headline in the UK, and the first two are published in the US by St. Martin's Press.


Alison has also written short stories for Radio 4, for YOU magazine, for Critical Quarterly and for various
women's magazines, as well as abridging novels for Radio 4's Book at Bedtime and The Late Book, including the award-winning production of Captain Corelli's Mandolin. She is the author of two radio plays, both broadcast on Radio 4, Go For The Grail (1995) and Baby on Board (1996).  Alison has written about twenty works for radio, including The True Story and also dramatisations of Georges Simenon's Maigret novels.
Her latest series features Agatha Christie.