‘The Stranger’ by Simon Conway 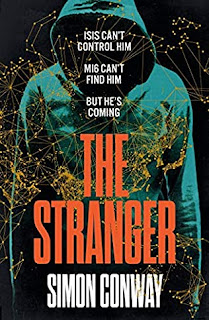 MI6 agent, Jude Lyon, is summoned to see Samantha Burns, aka Queen Bee, the controller of MI6, at her country home.  There was an American present who puzzled Jude by saying, “I hope you make it through this Sam.”  By the end of his mission Jude understands exactly what the American was referring to - and why.  As with many spy stories those at the top were working to a different agenda to the one given to their agent. In this instance they were more interested in saving their own skins and reputations than in correcting past mistakes or saving Jude’s life.  Queen Bee and her sidekick Camilla - Jude’s ex paramour whom he still loves - had little compunction in sending Jude to meet and negotiate with some of the most dangerous people in the world in some of the most dangerous places imaginable.

Samantha tells Jude that Nasruddin al-Raqqah has been freed from the dungeon where he has been captive for the last decade. To the security forces Nasruddin is also known as the Engineer, an al-Quada bomb maker who had killed twenty-five British soldiers in a highly sophisticated ambush in Iraq in 2004.

Nasruddin was actually an innocent man who had just acted as a publicity face for the real bomber/Engineer. Although Queen Bee knew this at the time, she and the then Foreign Secretary, Frank Booth, helped by the Americans, deliberately “exported” Nasruddin to the Syrians because they were better at extracting information under torture than the allies.  They also sent his wife who was seven months pregnant!

Jude is not told of Nasruddin’s innocence when he is instructed to locate Naruddin’s new whereabouts so the allies can silence the unfortunate scapegoat for good. Nor is Jude told that the Americans have been paying a senior al-Quada official to keep the real bomber prisoner for the last decade in a remote mountain hideout in Afghanistan.  However, the mercenaries who freed Nasruddin also free the real bomber who, not surprisingly, is hell bent on revenge against the British establishment in general and Queen Bee in particular.

During the course of his mission Jude discovers the truth for himself.  He also uncovers the startling identity of the real bomber/Engineer. The revenge the real bomber plans is spectacular, though of course Jude does his utmost to foil at least a portion of it. True to form, Jude is helped by a variety of ladies – the glamourous Yulia, who is either the wife of the chief Russian spook in London, or is actually the chief spook herself; Tamar, his sister who is a policewoman; and his other sister’s friend Kirsty. She is a journalist with the Guardian and shares Jude’s interest in the Nasruddin story, particularly the “who did what, when,” side of it.  Kirsty and Jude meet in London, in a refugee camp in Jordan, and on a Greek island, and it is Kirsty who finally puts Jude on the right track to uncover the Engineer’s true identity.

The Stranger is a fantastic read.  Though it travels at pace, there is no shortage of specific detail. Whatever the location, be it in the narrow mountain passes, towns or camps in the middle east, the spy’s quarters in London or the Scottish Highlands, the places, characters, and activities in this complicated tale are portrayed with consummate authority and authenticity.  A must read for afficionados of spy thrillers.
------
Reviewer: Angela Crowther. 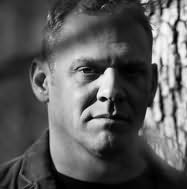 Simon Conway was born in California, educated in Britain and studied English Literature at the University of Edinburgh. He served in the British army with the Black Watch and the Queens’ Own Highlanders. After leaving the military he worked for The HALO Trust clearing land mines and unexploded ordnance in Cambodia, Kosovo, Abkhazia, Eritrea and Sri Lanka. He is currently living in Whitechapel in London with his wife the Channel Four News Correspondent Sarah Smith. He has two daughters. 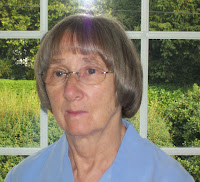