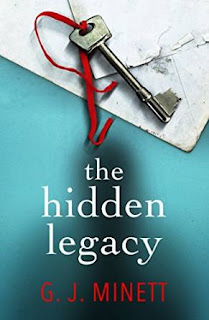 In 1966 John Michael Adams aged just twelve sets fire to two of his class mates, killing one and scarring the other for life.

In 2008 Ellen Sutherland receives a letter from a firm of solicitors informing her that she should contact them regarding the will of the late Eudora Nash. Ellen has never heard of Eudora Nash. At first she thinks to ignore it, but a telephone conversation with someone she has always trusted telling her to do just that changes her mind.

As the book progresses we are party to the thoughts of the principle characters, John Michael Adams, his father, and Ellen Sutherland.

Much of the power of this book lies in the characters. A horrendous crime has been committed, but where does the responsibility lie?  And what happens to the people whose lives are affected, not just when the atrocity takes place, but for the generations that follow?  Eventually the threads are skilfully drawn together.

This is a book that will prove marvellous for discussion, but to say why may give away too much.  My advice is to simply read this insightful book which may make you pause before you condemn, when you read the next sensational story in a newspaper.

Gripping, disturbing and heartbreaking, this thought-provoking book is a must read. Highly recommended,
------
Reviewer: Lizzie Hayes
This is a debut book.

G.J. Minett studied at Cambridge and then spent many years as a teacher of foreign languages. He studied for an MA in Creative Writing at the University of Chichester, and won the 2010 Chapter One Prize for unpublished novels with the opening chapter of The Hidden Legacy.