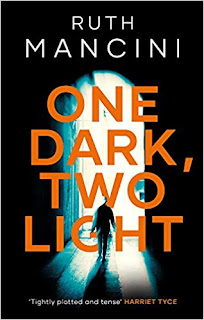 Sarah Kellerman is a single mother, and a criminal defence lawyer. She cares deeply for both her five-year-old autistic son Ben and her clients.  The story opens when she is in court before Judge Long, known as Lock-em-up Long. Her client is sixteen-year-old Jerome, who is charged with stealing a car, the third time in a year.  He is headed for Youth Detention and Sarah needs to keep him out of that institution. After Sarah’s impassioned plea the Judge agrees to allow the order with the Youth Offending Team to stand, providing he cooperates with them. Sarah breathes a sigh of relief.

After a tiring day, Sarah collects Ben and heads home, but she has barely settled Ben when a knock at the door reveals Andy-her ex, who walked out on her and Ben two years previously.’ I’m back’, he announces. Whilst trying to assimilate what Andy is telling her the phone rings. It’s the charge nurse at St James’s Hospital informing her that they have William Gaskin in the Critical Care Unit.  As Sarah heads to hospital she berates herself for not contacting Will during the last few days but her relationship with Barrister Will Gaskin is in its early stages, and although they have worked with each other for a while their romance is new.
The news at the hospital is bad and Sarah is stunned. Will is conscious and pleased to see her but says he doesn’t remember what happened, except that he has an infection, and may need an operation. Seeking the nurse to ask what sort of infection requires an operation, Sarah passes a bed and sees a man attached to a ventilator trying to pull a tube out of his neck. As the nurse attends to the man, Sarah realises she recognises him.  ‘Mark’ she says, ‘It’s me Sarah’.  The nurse turns to her in surprise. This man she says has been here 3 months, unconscious and no one knows who he is!

Her identification of Mark opens up a can of worms.  Sarah had known him as a custody Sergeant who was a kind and honourable man, yet he was the victim of a hit and run on New Year’s Eve, and as she learns, under suspension from the police force for drugs. This not the man she knew.  So, what was he involved in?

Then Mark’s wife seeks Sarah out and fills in further background and Sarah finds it all very odd and sets out to discover the truth.  As she investigates and learns more none of it makes sense to her, except that people are lying to her. Then Jerome is rearrested, and the waters get even muddier.

At home, Andy is doing more caring for Ben, and wants Sarah back but she doesn’t trust him.  But then neither can she trust Will who is evasive about the cause of his illness and clearly hiding something. And the police warn her to ‘keep out of it’.  But Sarah is made of sterner stuff and determined to get to the truth.

Compelling, gripping, this multi-layered story had me reading until 3.30am. I couldn’t put it down. Highly recommended.
-------
Reviewer: Lizzie Sirett 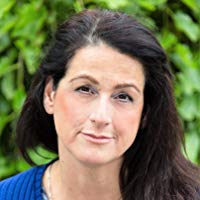 Ruth Mancini was born in South-West London and, after graduating, started her career as a marketing executive for a publisher before undertaking a post-graduate diploma in law and retraining as a solicitor. Ruth has spent the past twenty years in and out of courts and police stations, representing those accused of crimes. She still practises as a lawyer for a large criminal law firm with offices in London, conducting advocacy in the courts and defending people arrested at the police station. She also reviews the trial files across the firm and juggles her legal work with writing crime and psychological fiction. Her debut crime thriller In The Blood is a Sunday Times Crime Club pick and a top ten Amazon bestseller. She now lives in Oxford with her husband and two children. Her eldest child is severely autistic and learning disabled and her In The Blood protagonist, lawyer Sarah Kellerman, is also raising a similarly disabled child whilst working full-time. Ruth is also the author of domestic suspense novels The Lies You Tell, His Perfect Lies, and In the Blood.