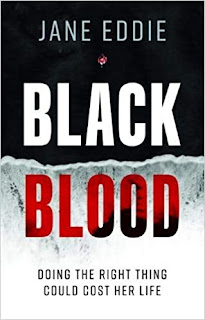 In this dystopian thriller, set in the near future when Britain has achieved Brexit with disastrous effect on the economy, in particular, that part of it based on extraction of oil from the North Sea, a young woman calling herself Danni Ross has fled to Aberdeen from an abusive relationship. She had had a good job in London as a trainee corporate lawyer but her lover, Mark, had been so abusive that she had been forced to move to the other end of the country and change her name. Even so, she is afraid that he, as a detective with the Metropolitan police, will track her down and carry out the threats he has issued against her should she leave him. Now she has a much lower grade job as a legal assistant; even so, she is lucky to have it because the firm she is working for has been taken over by a Russian firm, Moskaneft, which had taken advantage of the problems afflicting the British economy after Brexit to take over and then run down the British oil industry. The Polish workers, once numerous in Aberdeen and contributing to the British economy, are being replaced by Russians with intentions that are far from benign. And Moskaneft has been inflicting redundancies on the staff of Danni’s firm and replacing them with Russians whose loyalty is be guaranteed. All this makes Danni feel increasingly isolated, and this is made worse by the spitefulness of one office worker in particular, Becky, who never misses an opportunity to be unpleasant. And she certainly does not feel that she dare embark on another relationship, not even with the attractive medic, Tony Black, who has made it plain that he is interested in her.

But then the former boss of the firm, David Gordon, is found dead in a wood. And Danni finds, in a box of files that she is sorting through, a scribbled note from Gordon to the effect that he fears for his life and the lives of those he works with – the Russians are planning something and they want him gone. What should Danni do with the note? Her decision draws her and Tony into peril. But at the same time, she dare not attract any attention to herself because it would be all too easy to give away her whereabouts to Mark. It is the oil – the Black Blood of this book’s title – that lies at the heart of this story.
------
Reviewer: Radmila May 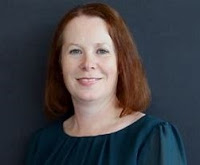 Jane Eddie is a Contracts Manager for a Well Abandonment Company working in the oil industry in Aberdeen. She lives in a farmhouse in the rural hamlet of Netherley, Aberdeenshire with her partner, four horses and two working cocker spaniels.

Radmila May was born in the U.S. but has lived in the U.K. since she was seven apart from seven years in The Hague. She read law at university but did not go into practice. Instead she worked for many years for a firm of law publishers and still does occasional work for them including taking part in a substantial revision and updating of her late husband’s legal practitioners’ work on Criminal Evidence published late 2015. She has also contributed short stories with a distinctly criminal flavour to two of the Oxford Stories anthologies published by Oxpens Press – a third story is to be published shortly in another Oxford Stories anthology – and is now concentrating on her own writing.
Posted by Lizzie at 14:27