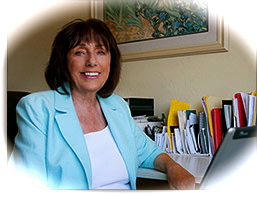 Hollywood is awash with British writers eager to break into screenwriting. Major studios hire many of them, along with a phalanx of actors from the UK. I’ve bumped into a few at press events who work as waiters and waitresses until their Big Chance comes along. The most handsome and beautiful with whom I chatted were “on hiatus” (as in “between jobs”) and staffing a Rolls-Royce lunch in Beverly Hills – where else - to launch its latest auto.

While more Brits are coming to Tinseltown than are leaving there appears to be a movement afoot for a few British authors to go back home to dear old Blighty.  Three of my favourites 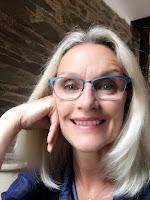 have abandoned sunny California. One such is mystery writer Hannah Dennison who, while living in the USA authored four Honeychurch Hall mysteries, with a fifth releasing as we write, and five Vicky Hill mysteries, all set in Devon, not to be confused with the eight towns in America named Devon. She has an enviable and formidable publishing history. The Honeychurch books were first published by Minotaur and Constable, UK, and the Vicky Hill series was first published by Berkely Prime, USA, and Constable, UK.  The brand-new Island Sisters Mysteries are also published by Minotaur. All her books were written after her screenwriting efforts.

“When I first moved to Los Angeles in 1993”, she said, “I told myself it was only going to be temporary. I had taken my ten-year old daughter and two cats with me, the cats being sort of security to make sure I would give it my best shot. Had I changed my mind at the last minute the cats would have spent six months in quarantine at Heathrow”.

Hannah initially flew here to follow her dream of working in Hollywood as a screenwriter, a dream she called crazy but a series of weird circumstances and opportunities appeared in her life. While working as a flight attendant on a private jet she met Steven Spielberg on location filming “Indiana Jones and the Last Crusade.He wasn’t as famous as he is now”, she said, “but he made a comment about taking a leap of faith. That gave me the courage to do just that. I was a single mum at the time, as well. My poor parents thought I was mad”!

As happens with many hopefuls outside the gates of Hollywood she realized once she arrived on American shores that she was too old at 35 to start a career as a screenwriter, finding that ageism was alive and well at the studios. On the other hand, she said, “What is wonderful about America is that if you work hard you can succeed in whatever you want to do. It sounds trite, but it is true. So, I learned all I could about screenwriting, read literally hundreds of screenplays, and ended up writing “coverage” (to keep the filming dynamic and exciting and help the editing process) for New Line Cinema, and a slate of independent production companies.

She was inside the gates. But finding a producer for her several screenplays she subsequently wrote wasn’t so simple. She got close but each time a piece of the financial puzzle, as she tells it, dropped out or she’d be replaced by another screenwriter brought in to “amp up the action” or for instance to rewrite the female lead. Finding the experiences disheartening Hannah decided to switch to a longer form – scripts average 10,000 words compared to 70,000 in fiction – and embarked on her mysteries. Writing her own books meant she would always own the material.

By now it was 2004 and Hannah went all out to express “the murder in my heart after my Hollywood experiences. Just joking but I have always loved mysteries and creating puzzles. It felt far more natural for me to go in that direction”. Besides, she missed the UK countryside, the pubs, Christmas and Easter, and everything British, especially their sense of humour. “I was often desperately homesick; it was a physical pang. I yearned for the sound of blackbirds singing on a summer’s evening and, oddly enough, November fog, there was something I loved about coming home in the dark at 5 p.m. to a warm fire and a cup of tea”.##

In Los Angeles she watched every episode of “Midsomer Murders”, munching on masses of Cadbury’s chocolate she brought from the UK which she says, has a different taste to the US version.  She religiously follows VeryBritishProblems on Twitter.

“It just makes me laugh. Americans have a different sense of humour. Also, I miss the sense that anything is possible in the US, it’s in the ether. In the UK the attitude is often, “No, you can’t do that”.

Hannah lives just outside Totness and is an active member of the mystery writers’ community which she finds very strong in the South West. Around 99 percent of her UK friends are authors or connected to the writing community. She joined the Society of Authors, praising it as an excellent resource, and CWA. She still belongs to Sisters in Crime from her days with the Los Angeles chapter, and continues as a board member of Mystery Writers of America, Los Angeles.  At a recent appearance at the Tiverton Literary Festival she saw her books on the library shelves and stored in the basement is an obituary she wrote in 1978 as a cub reporter for the local newspaper. “Surreal!” she commented.

The first thing she did upon returning home was to take her two Hungarian Vizslas to a huge field behind the barn she currently rents, and set them free to run after being always on a lead in California.“They were in heaven. Dogs really do smile when they are happy”!

Any disappointments once she came back to live? “No, as I’d been taking trips home once or twice a year so there were no surprises. I love the rain. Now, when I travel [abroad] and land at Heathrow I pinch myself and say, ‘I can’t believe I actually live here’ although I was spoiled in Los Angeles by the designer produce, an upmarket grocery chain called Whole foods, and American customer service”.

Hannah’s mother celebrated her 90th birthday this year and still volunteers for the National Trust at Greenway, Agatha Christie’s summer home. Hannah’s daughter had already moved back to the UK to attend university and the rest of the family lives within a three-mile radius. 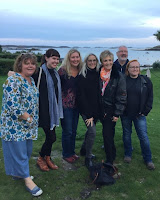 Producing two books a year, Hannah writes mostly in the mornings. She also teaches writing at retreats both in the UK and online for the University of Los Angeles Writers’ Extension program, and just completed a four-day residential workshop on Tresco in the Isles of Scilly.  See photo left.

Next up for this industrious mystery writer?
A new series set in the Isles of Scilly.
The first book is Death at High Tide.
For a review of the latest  Honeychurch book
Tidings of Death at Honeychurch Hall.
Click on the title

Coming soon
Death of a Diva at Honeychurch Hall (2020)

Jill Amadio hails from Cornwall, U.K., like the character in her crime series, Jill was a reporter in Spain,

Colombia, Thailand, and the U.S. She is a true crime author, ghosted a thriller,
writes a column for Mystery People ezine, and freelances for My Cornwall magazine.
She is a member of Mystery Writers of America, Sisters in Crime, and Crime Writers Association UK. She lives in Southern California. Her most recent book is Digging up the Dead.
http://www.jillamadio.com
Posted by Lizzie at 16:38