‘The Mulholland Files’ by Sandy Jones 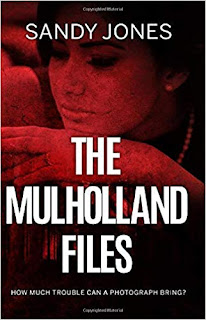 Semi-retired spook Edward Covington is enjoying his quiet life and his growing friendship with his neighbour the beautiful widow Abby Rayner. His spying days are behind him, or so he hopes, until he receives a mysterious photograph of a woman. Other communications Follow. He does not recognise her but with Abby's assisatnce he puts a name to her : Judith Muholland, his section head in his spying days. But it is not she who has been putting communications through his letter box but an assistant at a local care home. It all seems very odd until the care assistant is found dead in her own home. Edward now becomes disturbed at what may be going on and concerned for Abby’s safety. He visits Judith who tells him that she is effectively a prisoner in the care home. He contacts his former colleagues in the secret service, hoping that he can rely on them, and he and Abby eventually have to go on the run.

The world has become very uncertain for Edward and Abby – who can they trust?

Plenty of twists along the way to keep you guessing.
------
Reviewer: Radmila May 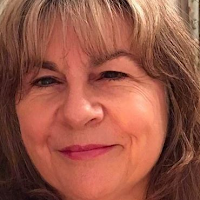 Sandy Jones has had a variety of jobs including running a cycle shop, working in the MoD and `on the railway'. After completing her Open University degree, she began writing and tried her hand at poetry but prefers novels. She currently lives in Wiltshire.