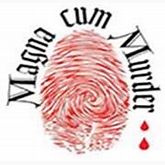 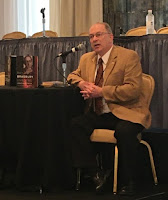 This year, the festival kicked off on Friday, October 25 with a series of panels and lectures, covering such diverse topics as poisons, Ray Bradbury's Detective Fiction, and writing a historical mystery.

The festivities continued into Saturday and Sunday with panels exploring thrillers, cozies, character development and plot. 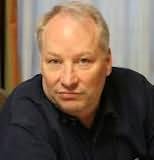 Later, Saturday evening banquet attendees were greeted with a speech by Irish journalist and satirical mystery novelist, International Guest of Honour Ruth Dudley Edwards, giving a review of her relationship with Magna over the years.

The panels and guests of honour are always a delight, but there is one thing that truly sets Magna cum Murder apart from other crime fiction conventions: the proximity in which the readers mix with the writers. Big names like SJ Rozen, Charles and Caroline Todd, or Jeffery Deaver can be found lounging in wing-back chairs in the club lobby between panels, at the club restaurant over breakfast, or at the bar in the evening. Writers really get to know their fans while readers get to know their favourite writers.I have been volunteering at Magna for eleven years now and it only seems to get better each year as we continue to grow with more writers and fans joining from across the United States and Great Britain. I can't wait until next year and hope to see you there!

Brendan.Durkes@hotmail.com.
Posted by Lizzie at 18:28