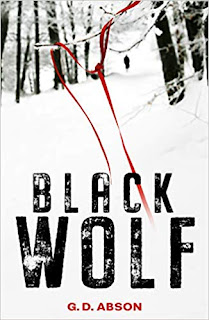 In the forests north-east of St Petersburg (founded by Tsar Peter the Great and renamed Leningrad during the Soviet period before reverting to its original name) are buried more than 30,000 men, women, children, murdered during Stalin’s reign of terror. It is to this area that Captain Natalya Ivanovna and Sergeant Rogov of the Criminal Investigations Directorate come following reports that a young woman’s body has been found in the ditch by the road that leads through the area. There are no visible signs of injury or sexual assault. They know her name: Elizaveta Kalinina and when Expert Criminalist Leo Primakov arrives on the scene he is able to confirm what Natalya has suspected – that she died elsewhere and her body had been transported to the ditch after death. Natalya’s boss, Lieutenant General Dostoynov, leaves it to Natalya to perform the distressing task of informing Elizaveta’s mother but when she calls on her and Elizaveta’s two-year-old son to tell them the news she is interrupted by the arrival of two officers from Sledkom or Sledstvennyi Komitet, the Investigative Committee, the Russian version of the FBI, who tell her that she is to be taken off the case. Natalya learns that the reason for this is that Elizaveta is a member of the Decembrists, a protest group which has taken the name of a revolutionary group from the time of the Tsars but which now confines itself to activities publicly mocking the Putin regime as do the real-life art anarchist collective Voina and the girls of Pussy Riot. There is not a lot that Natalya can do about this, so she has to face the prospect of Christmas on her own since Dostoynov has sent her husband Mikhail off to Siberia to deal with some cold cases. But then another Decembrist contacts her: Vita, who tells Natalya that her twin brother Max, also a Decembrist, is missing and she wants Natalya to find out what has happened to him. This could put Natalya’s career at risk; nonetheless she agrees to investigate unofficially. And this leads her into a snake-pit of lies and corruption and danger at the highest level, the more so because Putin’s re-election campaign is in full swing and, although the result is in no doubt, there are those who do not relish any adverse publicity. Even Mikhail is at risk, not to mention Anton, Mikhail’s son by his first marriage, who has taken rather a shine to Vita.

This is the second in this author’s series featuring Senior Detective Natalya Ivanovna in what the publishers describe as ‘the dark heart of Putin’s Russia’ and which powerfully evokes that country’s corruption, criminality and violent revenge. (The first, Motherland, was published in 2018, also by Mirror Books, ISBN : 978-1-907324-83-3). Natalya, with her steely determination to get to the truth of the crimes she investigates, is very much in the mould of today’s fictional female sleuths.
------
Reviewer: Radmila May 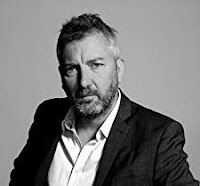 G.D. Abson was born in County Durham and grew up on army bases in Germany and Singapore before returning to the North-East. He is the author of Motherland, the first in a series featuring Senior Investigator Natalya Ivanova, and was shortlisted for a Crime Writers' Association Debut Dagger.

Radmila May was born in the U.S. but has lived in the U.K. since she was seven apart from seven years in The Hague. She read law at university but did not go into practice. Instead she worked for many years for a firm of law publishers and still does occasional work for them including taking part in a substantial revision and updating of her late husband’s legal practitioners’ work on Criminal Evidence published late 2015. She has also contributed short stories with a distinctly criminal flavour to two of the Oxford Stories anthologies published by Oxpens Press – a third story is to be published shortly in another Oxford Stories anthology – and is now concentrating on her own writing.
Posted by Lizzie at 14:04