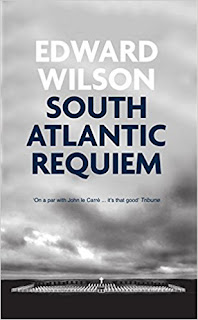 William Catesby is a member of the British Secret Intelligence Service. He loves his country and is an intensely loyal and diligent servant to it. He is sufficiently old to understand what is important and what matters in life – like world peace, but not so old that he can no longer take pleasure from the many ridiculous irrelevancies – like the pigeon-eating pelican of St James’s Park – that have come his way during the pursuit of his career. He has a wife who works for MI5 with whom he is “a bit reconciled,” and grownup twin stepchildren who obviously care about his welfare.

The background to the story is The Falklands war.  Although Catesby is nominally Head of the South American Desk, he has few resources to help him as he travels hither and thither across the oceans in his endeavors to ward off the impending conflict. Some of his visits to embassies make one wonder why anyone would want to become a diplomat or a spy, let alone someone, like Catesby, who strives to combine both disciplines.

When war seems inevitable it becomes his mission is to ensure that Argentina can’t get its hands on any more Exocet missiles that could be used against the British forces.  The Argentinians already had five of the French made Exocets and were desperate to buy more. Catesby has to use extreme measures, including murder, to ensure that neither the money to buy more missiles, nor the missiles themselves become available to the enemy.

The beautiful, clever, and strong-willed Fiona Steward helps Catesby from Argentina. He had tried to recruit her for the secret service, but a lack of conviction on her part, and a lack of funds on the government’s part meant that she ended up becoming a non-official cover i.e. a spy with no rights.  Fiona lives in a flat in Buenos Aires that belongs to a friend’s father, Talbot McCullough.  Talbot is a very affluent polo player and international arms dealer. Fiona works in the Buenos Aires polo club, so she is well placed to send Catesby interesting gossip.

Fiona’s reason for staying in Buenos Aires is that she is completely and utterly in love with Ariel Solar who is one of Argentina’s best polo players.  He is also the top aviator in the Argentine navy. Fiona’s love is reciprocated.  As the prospect of conflict between their two countries draws ever nearer, Ariel discovers that Fiona has been spying on him and his country. Such is the love between them that, in order to stop Fiona being thrown into jail, Ariel and Fiona throw her transmitter into the deepest river they can find!  Catesby is fully aware of the couple’s relationship, so he is not unduly surprised when Fiona goes “off line”.

When hostilities finally commence in May 1982, there is heartache all round.

Edward Wilson is a wonderful and compelling storyteller.  He slips so seamlessly between fact and fiction that it is virtually impossible for a non-historian like myself to tell what is made up and what really happened. Catesby is a fascinating and rather endearing character. He has no love for Margaret Thatcher, whom he views as a glory-seeking nationalist, and favours some members of her government e.g. the peace seeking Francis Pym more than others such as the sycophantic Cecil Parkinson. As so much of the narrative is a matter of interpretation, for all we know the Wilson version might well be as authentic as the official documents.  South Atlantic Requiem is an absolutely excellent read that I wouldn’t hesitate to recommend to anyone who enjoys politically nuanced spy thrillers.
------
Reviewer Angela Crowther

Edward Wilson was born in Baltimore, Maryland. His father, a merchant sailor, died when Edward was just six months old, leaving Edward's mother to raise him and his two brothers. He did his secondary education at the Baltimore Polytechnic Institute (A previous student at Poly was Dashiell Hammet, the inventor of the hardboiled detective novel), before going on to the University of Virginia on a Reserve Officers’ Training Corps scholarship. A few weeks after graduating from university, Edward was commissioned as a second lieutenant of infantry. He did the basic course at Fort Benning followed by parachute training; he then applied for Special Forces and completed the SF officers’ course at Fort Bragg.  He was shipped off to the Vietnam War in the aftermath of the 1968 Tet Offensive as a member of a Special Forces unit. After leaving the army, Edward travelled widely in Canada and Europe. He returned briefly to the United States to earn an MA in English Literature at the University of Massachusetts. He again left the States and became a permanent expatriate, emigrating to the United Kingdom after serving in the Vietnam War. Edward has lived in Britain since 1974. He renounced his US citizenship in 1983 and became a British citizen. Edward was a further education lecturer for 22 years. During this time, he was an active trade unionist. He was also a member of the Anti-Nazi League and the Lowestoft Trades Council. Edward left full time teaching to devote more time to writing in 1997. Edward has lived in Suffolk since 1976. The county features in all his fiction. He now lives in a remote village. His pastimes include sailing, canoeing, wild swimming, running, tennis and growing vegetables. 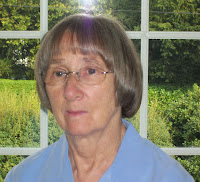