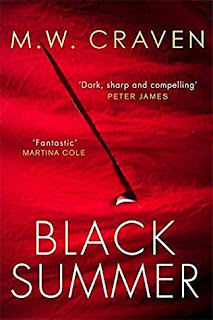 Six years ago, Washington Poe, then a detective with the Cumbria Constabulary, had led the team investigating the disappearance and suspected murder of a young girl, Elizabeth Keaton. The disappearance had been reported by her father, Jared Keaton, celebrity chef and proprietor of the famed Bullace and Sloe restaurant in West Cumbria. But before long it was apparent that there was abundant forensic evidence connecting Jared to his daughter’s including bloodstains and discovery of the murder weapon. No body was ever found but in the wild fell country there would be no shortage of places to dispose of a body. Then, six years later, a young woman walks into the public library of the Cumbrian market town of Alston and announces that she is Elizabeth Keaton and that she had not after all been killed by her father but had been abducted, confined in a cellar, injected with heroin, ill-treated, half-starved and sexually abused, only now managing to escape. She certainly, even in her present condition, resembles Elizabeth Keaton and, crucially, her blood is the same DNA as that of Elizabeth Keaton. So, it seems, Jared Keaton was wrongfully convicted and is now appealing to have his case reheard so that the conviction can be set aside. And Washington Poe, now with the Serious Crimes Agency, is in trouble.

He is, however, as convinced as he ever has been that Jared did murder his daughter and he sets out to prove that despite the weight of the evidence. But it is an uphill task, even with the assistance of his helper Tilly Bradshaw with her extraordinary knowledge of how internet technology can be used to access the most inaccessible and arcane information. (I have to admit I didn’t understand the half of it, but I will take Tilly’s word!) At the same time Washington is still haunted by the distressing knowledge of his own origins and finding that knowledge difficult to come to terms with. Only among the wild beauty of the fells around his desolate moorland cottage can he begin to find peace.

Food, for obvious reasons, is a strong theme throughout the narrative from the beginning, with its stomach-turning description of ortolans cooked with honey, and continuing with Tilly’s own veganism and constant nagging of Washington to eat healthily and reject his beloved Cumberland sausages and the delicious fare provided at Bullard and Sloe as sampled by Washington (for reasons of research only, of course!). Recommended.
------
Reviewer: Radmila May 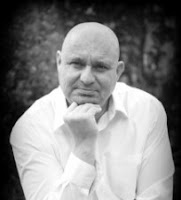 M. W. Craven was born in Carlisle but grew up in Newcastle. He joined the army at sixteen, leaving ten years later to complete a social work degree. Seventeen years after taking up a probation officer role in Cumbria, at the rank of assistant chief officer, he became a full-time author. The Puppet Show, the first in a two-book deal he signed with the Little Brown imprint, Constable in 2017, was released in hardback in June 2018.