‘Someone You Know’ by Olivia Isaac-Henry 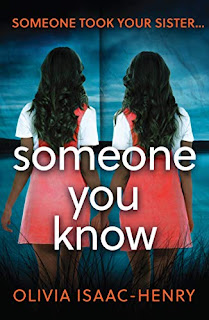 Tess Piper is wasting her life in an unfulfilling job, an unhappy relationship and too much booze. There is a reason, however: twenty years ago her twin sister Edie disappeared without trace. Is she dead or is she, as Tess still hopes, alive and enjoying a new life?

Suddenly Tess is forced to focus on something: the news that remains have been found that the police believe to be her sister’s. Still in denial, Tess heads back to the Midlands and her father’s home. From then on flashbacks alternate with present action as Tess tries to work out what happened to her family and to her sister in particular. As each layer is peeled back, the irony of the title is shown more richly: the basis of what everyone assumes is a happy family life with supportive friends and relatives is in fact deeply flawed.  When Tess’s father pleads with her not to put herself at risk with any more enquiries, he is doing it for quite a different reason from the obvious one. To reveal more would do the author a disservice.

This is a taut, tense debut novel from a very talented writer, with a second book coming out in October.  Read it, and order the new one now.
------
Reviewer: Judith Cutler 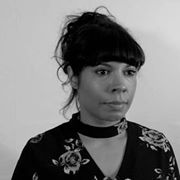 Olivia Isaac-Henry is a crime writer and crime drama lover, occasional keyboard player, and backing vocalist in the band The Protaganist. She grew up in Worcestershire but now lives in London, where she loves the theatres, food markets and festivals.