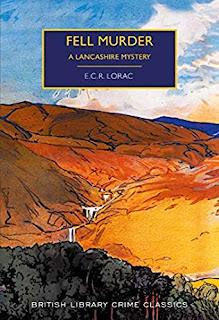 The Garth family have lived in the family home, Garthmere Hall in the Lune Valley in northern Lancashire, for centuries. The Hall, although mediaeval in origin, is largely early Jacobean in style. But now World War II is raging, and the state of the Hall reflects the changes in the fortunes of the Garth family which lives entirely in the later, and slightly more comfortable, Queen Anne addition, leaving the main part of the building to slowly decay. However, the family have adapted to the change of fortune and now farm their land themselves. Although there are few Garths left to do the actual work, only old Robert Garth, his daughter Marion and his second son, Charles, children of his first marriage, Malcolm, Robert’s son by his second marriage, and a distant relation, Elizabeth Meldon. But, truthfully, only Robert, Marion, and Elizabeth are of much use. Charles, who has recently escaped from Malaya, resents being expected to work on the land, and Malcolm is frail and cannot do much. Although there is another son, Richard, years ago he had a bitter quarrel with his father when he married the daughter of a local farmer and has not been seen for many years although he has in fact, unknown to his family and following his wife’s death, returned to the fells but only for a brief visit before another spell on an Atlantic convoy.

Robert Garth is not an easy man to work for or indeed to live with. He is mean, stubborn, tyrannical and set in his ways, refusing to adopt Marion’s plans to modernise the farm, scornful of both Charles and Malcolm, just tolerant of Elizabeth’s presence. Richard cannot forgive his father for his attitude to his marriage and has no intention of being reconciled to him or even seeing him.

And then Robert is found dead from a shotgun blast in an outbuilding. At first suspicion falls on a local youth, a mental defective called Jock on whom Robert’s temper had fallen many times as it had fallen on many others. But many people feel that such an act is totally out of character. The local police force cannot deal with the situation what with manpower shortages because of the War so Scotland Yard is called in and duly arrives in the personage of this writer’s series detective, Chief Inspector Macdonald.

What first tempted me to buy this British Library Classic Crime title was the beautiful cover depicting the austerely beautiful fell landscape. And when I read it, although I found it the actual writing rather ponderous, I appreciated very much the author’s own love of that landscape which is a strong feature of this book and permeates the story throughout from the first page when local farmer John Staple gazes across the fells to the sea and the distant Lakeland hills to the very end with the stark blue line of the fells outlined against the sky flushing to dawn and the white and  luminous mists flushing to dawn – a description so vivid that the reader can actually see it.  I was also very impressed by her description of farming. Unlike the characters in classic Golden Age crime stories who live lives of leisure, the Garths and their fell-farming neighbours are farmers through and through, quite prepared to get themselves and their clothes dirty by mucking out shippons and so forth. Recommended.
------
Reviewer: Radmila May