‘The Chemical Detective’ by Fiona Erskine 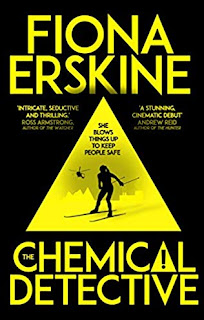 The Chemical Detective is book one in the Dr Jaq Silver’s series. Jaq has a job at Snow Science in a Slovenian ski resort where she is avalanche controller. Jaq is a chemist who works with explosives to analyse what provides the best detonation with different types of snow. She sets off controlled avalanches to keep people safe. It is a high-ranking position that means she is responsible for the safety of the explosives at all times from sample testing at arrival to disposal. So, when the sampling of a mysterious consignment goes missing, and there is an explosion at the facility when someone is killed, Jaq is accused of professional incompetence then framed for murder. But those are the least of her worries as she immediately finds herself in danger and fleeing for her life.

This fast-paced thriller is an intelligent novel that will leave you pondering the dark secrets of our chemical industry, but I don’t think it’s supposed to be taken too seriously. The characters are like something out of a pantomime I found them hugely engaging and it gave the book a light-hearted bondesque feel.

Jaq Silver is the lone wolf, modern day spy, unafraid to take no for an answer as she seeks out the truth. She is the all action girl hero attractive, intelligent and fearless. She skis, runs, rides a motor bike, has casual sex and knows how to blow things up. She has a seriously damaged childhood and her adult life is littered with disasters that are only hinted at in this book, but which will give the reader plenty to discover in subsequent stories. Frank Good is the pompous, egotist who abuses his position, forcing his secretaries to sleep with him and wielding his power cruelly. He sees every woman that won’t give in to him as part of the ‘hairy armpit brigade’ and some of his lines are to die for. Paul Polzin is the deformed Russian accountant known as The Spider and then there is the Russian truck driver Boris who carries Semtex around in a Tupperware box, purely for personal use.

Recommended for anyone who likes a slightly tongue in cheek thriller.
------
Reviewer: Christine Hammacott 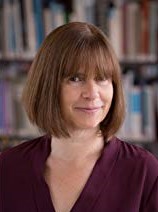 Christine Hammacott lives near Southampton and runs her own design consultancy. She started her career working in publishing as a book designer and now creates covers for indie-authors. She writes page-turning fiction that deals with the psychological effects of crime. Her debut novel The Taste of Ash was published in 2015. To read a review of A Taste of Ash Click on the title