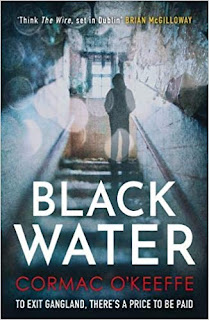 There is a side of Dublin that tourists, intent on seeking out the famous and beautiful sites of Ireland’s capital city, will never see. Those are the places where poverty, deprivation and violence rule and where whole communities are subject to terrifying gangs which enforce silence through fear and brutality. This is gangland and in this story the gang concerned is the Canal Gang, the canal being the filthy stinking canal which slices through the area and gives the story its title.

An old lady dies in a fall at her home. When the body is discovered she is clutching a threatening note. We know that the note was delivered by a young boy called Jig from a typical family of the area, fractured by drink and drugs and alcohol. It was a job he had to do for a man known as Ghost – Jig likes to think of himself as ‘Ghost’s man’. But there is someone watching Ghost and others like him: Shay who fulfils several roles, one as a helper at the local community centre coaching boys including Jig in football, another more secretive, watching in deep cover the activities of the Canal Gang. However, Detective Constable Tara Crowe who is investigating the old lady’s death is unaware of Shay’s role although she does establish from the manager of the community centre that the old lady who died was being intimidated by the Canal Gang in respect of a drugs debt that her son Leo has incurred. But the manager is scornful of the police’s attempts to deal with the problems of the area: ‘You’ll never do anything unless something terrible happens.’
And something terrible does happen. A little girl is shot and killed as is a policewoman and a policeman is severely wounded. Now the police pull out all the stops to investigate.

Meanwhile Shay learns that there were others who were not involved with the killings but who have their own reasons for wanting to control the gangs of Dublin. And their motives are political as much as financial.

This is a grim story with a highly complex narrative structure difficult to disentangle but nonetheless compelling. Recommended.
------
Reviewer: Radmila May 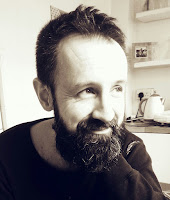 Cormac O’Keeffe is the award-winning security correspondent for the Irish Examiner – work that has given him unique access to contacts in the police and the community. He has lived near Dublin’s Grand Canal for many years; his professional and personal lives inform and fuel this novel, giving it the intensity, authenticity and originality of personal experience. Cormac blogs about his writing, is a respected book reviewer and appears frequently on national radio and television.